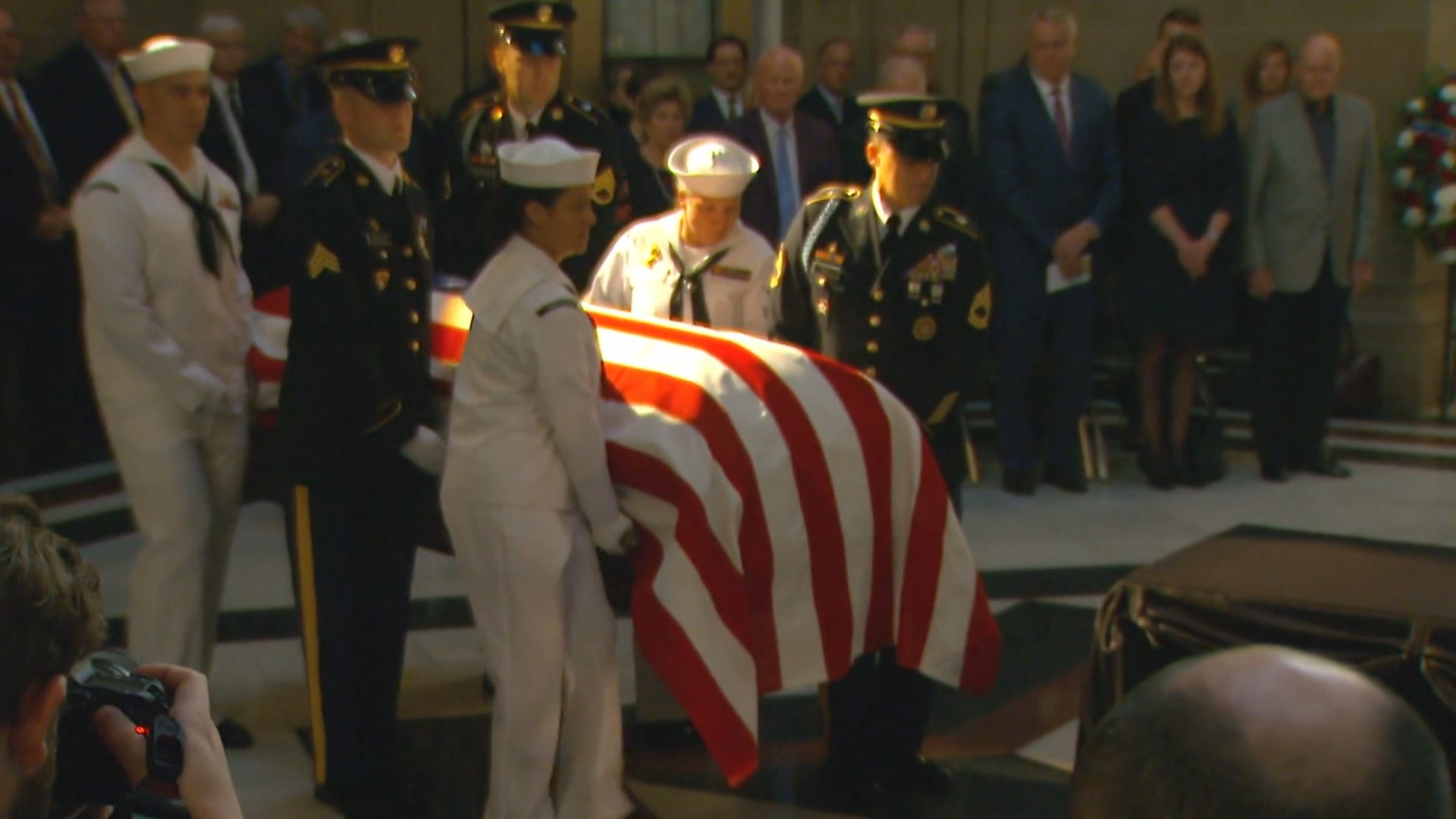 INDIANAPOLIS (WISH) — He was a gentleman and a statesman.

People from across the country on Tuesday visited the Indiana Statehouse to pay their last respects to Richard “Dick” Lugar, the former U.S. senator and Indianapolis mayor.

The emotion of the day was written on the faces of Lugar’s family, friends and colleagues as his flag-draped casket was slowly moved into the rotunda.

Spitz works at The Lugar Center, a group that seeks solutions to global problems, in Washington.

“I had a wonderful opportunity to see him every day,” Spitz said. “He was always very kind.”

Republican Gov. Eric Holcomb spoke to an assembled crowd. “His was quite a life. May our journeys be just as meaningful and fulfilling. Welcome home, Sen. Lugar, welcome home.”

Lugar, a Republican, served in the U.S. Senate from 1977-2013. While on Capital Hill, Lugar helped spur the dismantling of thousands of former Soviet nuclear weapons.

“He fought hatred. He did not court it,” said Indianapolis Mayor Joe Hogsett, a Democrat. “He calmed fear. He did not attempt to use it. He extinguished violence. He did not countenance it.”

Keith Luse traveled from Maryland to pay his last respects. He worked for Lugar for 25 years.

“To him, public service was a matter of truthfulness, a matter of follow-through,” Luse said. “A matter of caring for all people.”