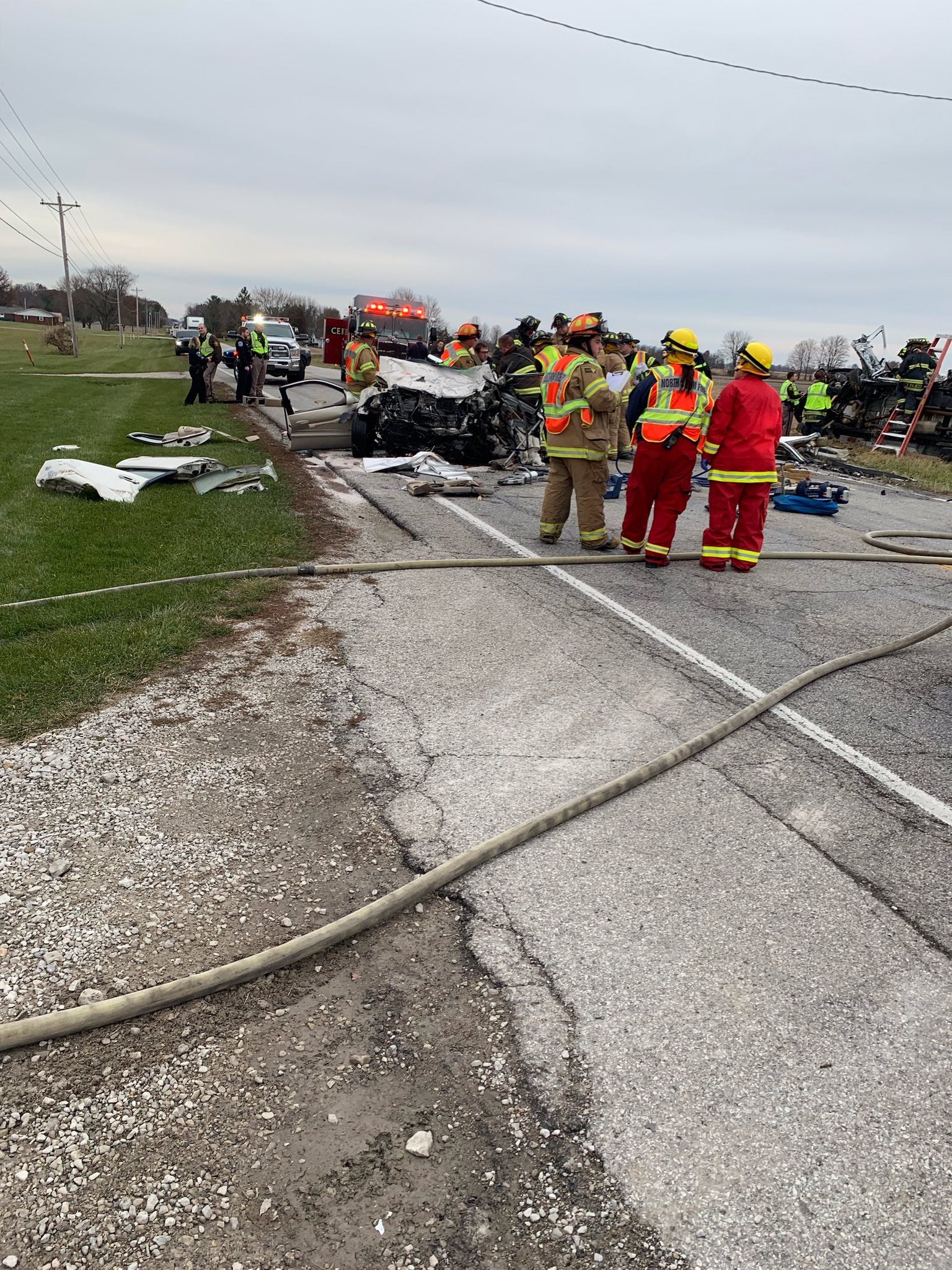 Authorities were called at 2:50 p.m. to the crash in the 6600 block of North State Road 39. That’s about a mile south of Lizton in northern Hendricks County.

The driver of the vehicle headed northbound was sent to St. Vincent Indianapolis Hospital by medical helicopter and is said to be in critical condition.