Person hit, killed on I-65 in Clinton County 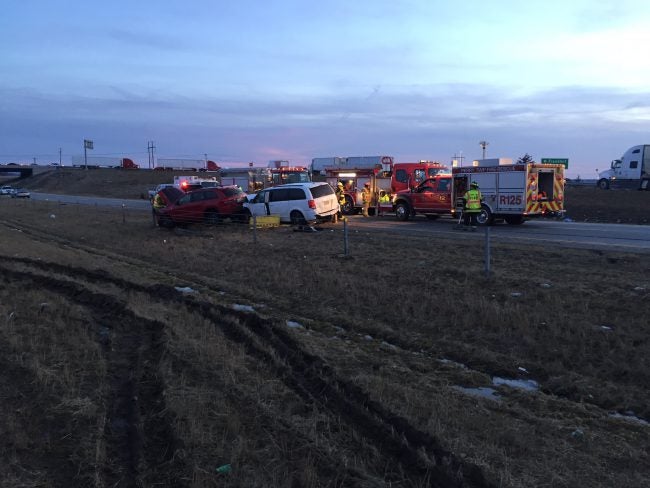 According to the Clinton County Sheriff’s Office, both the north and southbound lanes were closed at the State Road 28 Exit or Frankfort Exit.

Sgt. Kim Riley said the crash involved at least three vehicles. He said a pedestrian was struck and killed during the crash.

ISP said the individual who was a passenger in a read minivan, bailed out of the vehicle for an unknown reason.

The pedestrian has been identified as 23-year-old Lukas James Holm-Hansen. It is still unclear why Holm-Hansen jumped from the vehicle.

Police said Holm-Hansen then crawled across the northbound lanes, avoiding traffic. The person, while in the media, crawled underneath the cable barriers into the southbound lanes.

According to ISP, it looks as if both the Jeep and Grand Caravan hit Holm-Hansen, with the victim being pinned under the van.