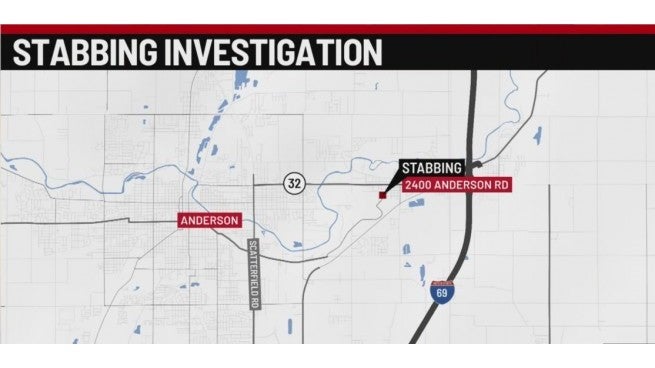 CHESTERFIELD, Ind. (WISH) — A suspect is in custody after a male was stabbed Thursday night in this small Madison County town of 2,400 people, Chesterfield police said.

Police were sent about 9 p.m. to the 2400 block of Anderson Road. That’s east of Anderson Municipal Airport off State Road 32.

The male was stabbed five times in the back. He was taken to St. Vincent Anderson Regional Hospital. His condition and name were not immediately available.

Police had been searching for Troy Neal, who fled the area in a silver 2007 Dodge Dakota pickup. He was caught in Delaware County.

Police said the stabbing was an isolated incident. The victim and Neal were acquaintances.