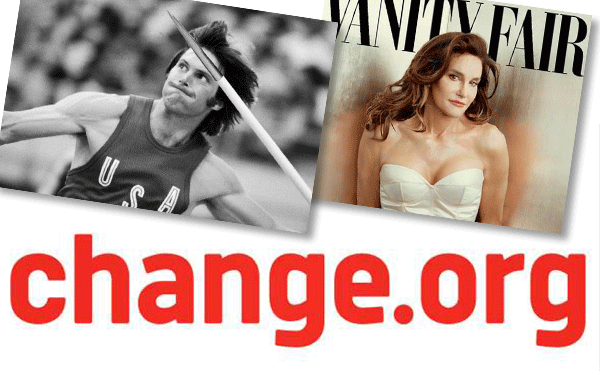 CHARLESTON, S.C. — (WCBD) — A Change.org petition has been started by a Texas woman to have transgender athlete Caitlyn Jenner stripped of her 1976 Olympic Decathlon Gold Medal.

The petition was started this week by Jennifer Bradford of Fort Worth, Texas. The petition has close to 10,000 signatures as of Thursday morning.

Jennifer is trying to get the attention of the International Olympic Committee. In the petition, she says:

It has recently come to light that gold medalist Bruce Jenner is in fact transgender, and therefore, identifies as a woman. We congratulate Ms. Jenner on these new developments and wish her the best. However, this creates somewhat of a problem as Ms. Jenner (as talented as she is) claims that she has always believed herself to be truly female, and therefore, was in violation of committee rules regarding women competing in men’s sports and vice versa. Therefore, it is with a heavy heart that we must ask whether or not it is proper that Ms. Jenner should retain her Olympic records in light of this, as we must now either claim that Bruce Jenner and Caitlyn Jenner are two entirely different people (which we know is not true), or that Bruce Jenner was, in fact, a woman participating in a men’s event. It is only fair to all involved that women receive their credit as champions of the Decathlon and that the men racing Ms. Jenner are not expected to compete with a superior, streamlined being such as herself.

We urge Ms. Jenner to support the transgender community by giving up the medals earned by competing against the wrong gender.

Thank you, and congratulations to Ms. Jenner for her courage!

Many people are using the #givebackthegold hashtag that Jennifer created to voice their opinions about her petition.