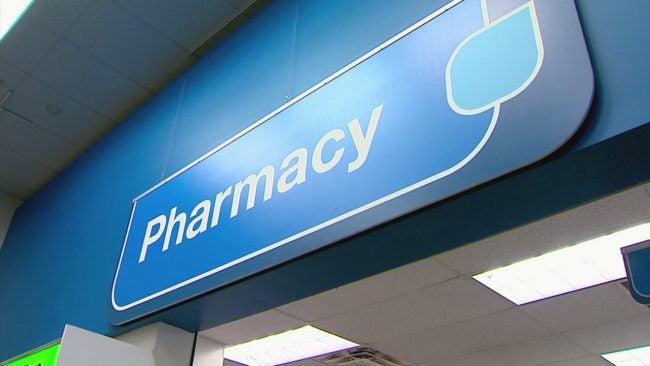 INDIANAPOLIS (WISH) — A bill that would require that juveniles who are arrested for pharmacy robberies be tried as adults cleared a legislative committee Wednesday.

Indiana has led the nation in pharmacy robberies in recent years and the bill’s sponsor, Sen. Michael Young, R – Indianapolis, said the bill is needed to help combat the state’s problem with illegal prescription drug sales.

“The question is: what is more harmful to society – a kid who steals candy bar using a gun or a kid who steals drugs that kill our citizens, break up families and ruin people’s lives?” Sen. Young told reporters.

Young said the bill is necessary to help combat the problem.

But I-Team 8 has uncovered recent figures from IMPD that show that the number of pharmacy robberies has dropped significantly in the past year.

In 2015, IMPD investigated 166 pharmacy robberies, which accounted for 75 percent of the state’s total that year.

In 2016, the number of pharmacy robberies in Indianapolis dropped to 58.

Opponents of the bill argue the number of robberies has dropped and that the state already has mechanisms in place to allow for juveniles to be waived to adult court.

Larry Landis, with the Indiana Public Defenders Council, said that the bill has little to do with pharmacy robberies.

“The reason they support it is they don’t want the juvenile judge having discretion to keep it in juvenile court, that’s really the fundamental issue,” Landis said.

The bill passed out of the Senate judiciary committee by a 6 to 4 vote.

Young says he is open to a floor amendment that would include language to go after the adults who coerce juveniles to commit the crimes.

In many cases, authorities said the adults or juveniles had been coerced with money to commit pharmacy robberies by using a note that implied they had a weapon.

Of the 166 cases in 2015, 17 juveniles were arrested, according to the Marion County Public Defenders Office. Of those 17, 12 of them had prior criminal histories.

In 2016, three juveniles were charged with pharmacy robberies in Marion County.