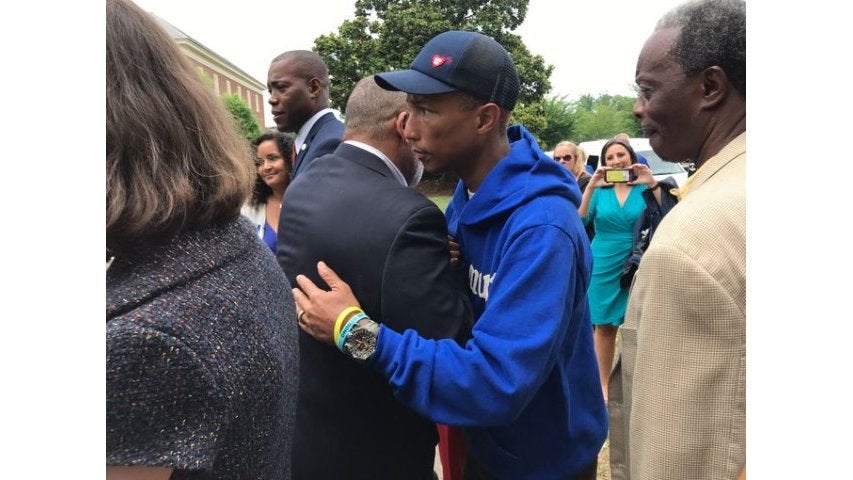 Twelve people were killed and four others were wounded after a gunman opened fire at the Virginia Beach Municipal Center.

A memorial outside the municipal center has grown considerably in the days since, as many people visited the site to honor the victims.

Mounds of flowers, stuffed animals and notes have lined an area next to crosses with the names of last Friday’s mass shooting victims.

Pharrell, a Virginia Beach native, showed up at the memorial Friday afternoon to pay his respects to the victims.

City and state officials honored the 12 people killed in a “VB Remembers” service Thursday in front of thousands of community members of different faiths and backgrounds gathered at the Rock Church.

The emotional service included prayers for healing and songs of comfort for the grieving family members of the victims.