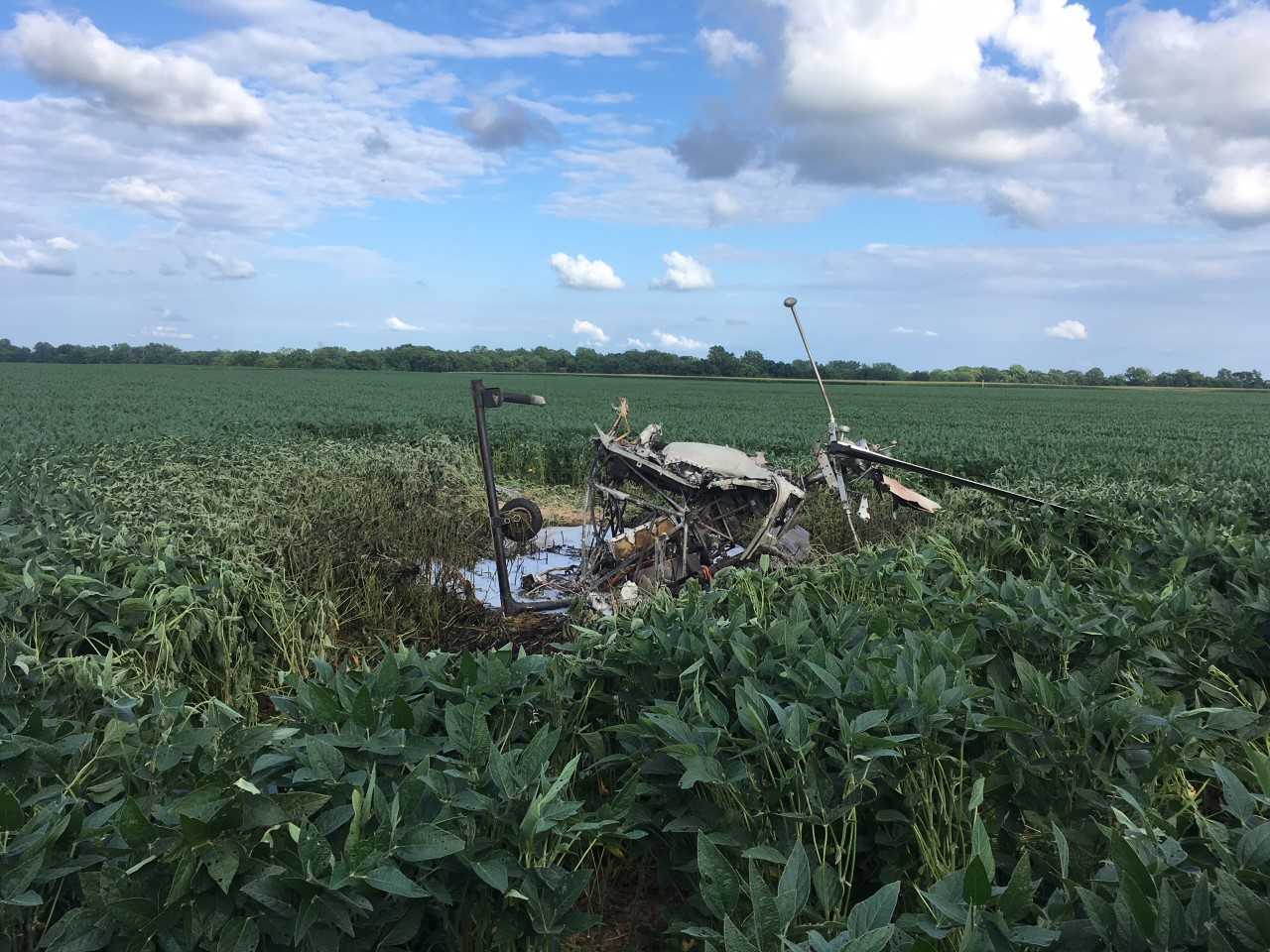 FRANKLIN, Ind. (WISH) — A pilot escaped a Sunday crash that destroyed the helicopter he was flying.

The pilot was already out of the Bell 47 helicopter when authorities arrived; he was conscious and alert and was taken to a Johnson Memorial Hospital, according to Cox. The model is considered a light helicopter with a single rotor and a single engine.

Federal authorities were notified of the crash and a report was expected to be sent out on Monday, Cox said.

On July 6, a Bell 47 helicopter being used for crop-dusting crashed in Shelby County, killing 52-year-old Kerry Lee, the pilot and sole occupant.