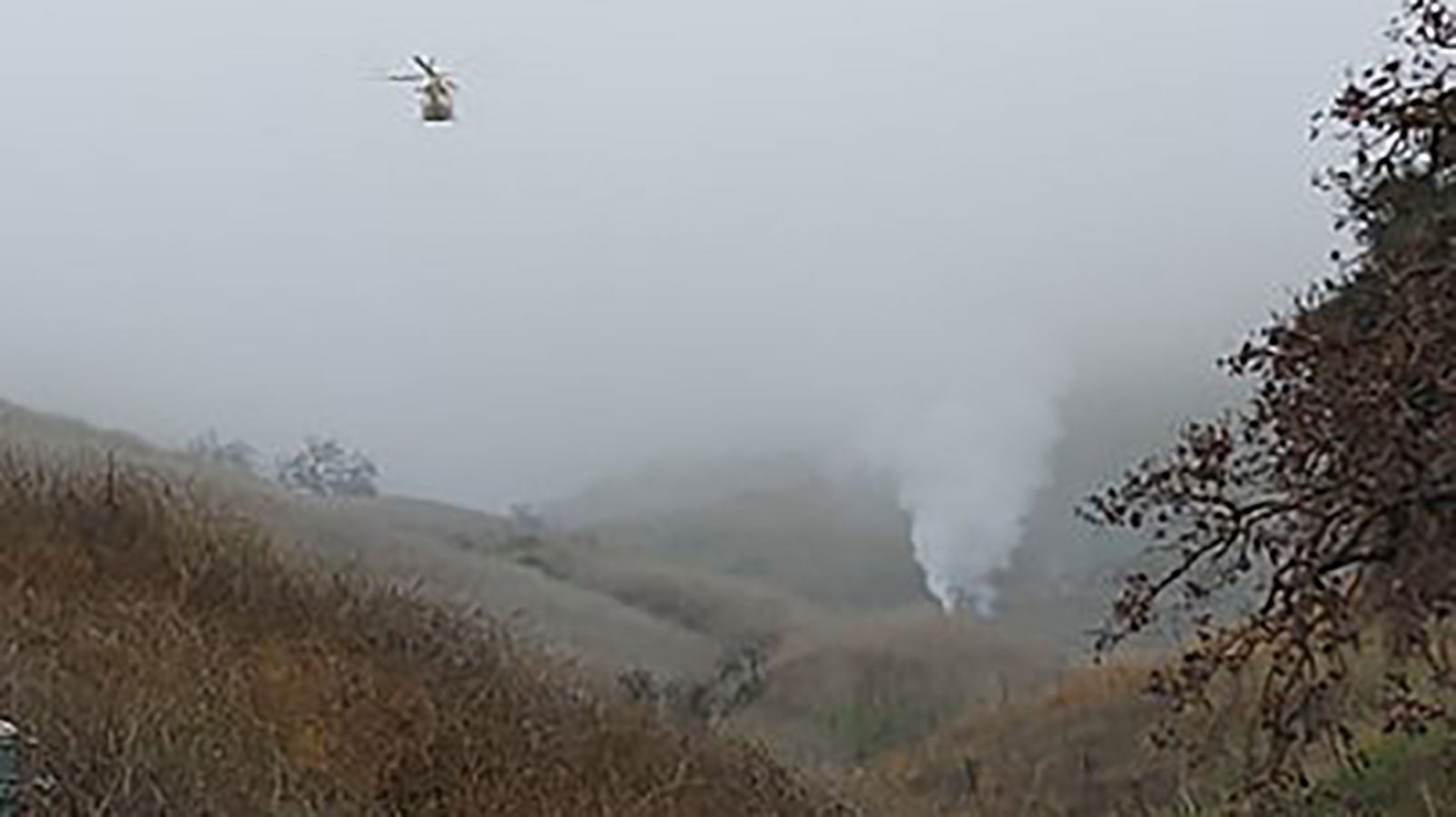 (CNN) — As investigators scour for clues in the helicopter crash that killed nine people, including NBA legend Kobe Bryant, the pilot’s last words with air traffic control illustrate a foggy scene in the sky.

Pilot Ara Zobayan said he was climbing to avoid a cloud layer, The National Transportation Safety Board said. But when air traffic control asked him what he planned to do, there was no response, NTSB board member Jennifer Homendy said.

Visibility was so low Sunday that the Los Angeles Police Department had decided to ground its helicopters that morning.

But it’s still not certain what caused the helicopter to crash, killing parents, children, and one of the greatest athletes of all time.

All eight passengers killed in the crash were children or parents. They included two of Gianna’s teammates with their parents and an assistant girls basketball coach. The pilot, Zobayan, was also killed.

Helicopter was flying with special permission

An SVFR clearance allows a pilot to fly in weather conditions worse than those allowed for regular visual flight rules (VFR).

Pilots can request the clearance before takeoff or during the flight if weather conditions suddenly change, CNN transportation analyst Peter Goelz said. SVFR clearance is “pretty normal,” Goelz said, but “it’s not something that’s often recommended.”

When the pilot flew into the Burbank and Van Nuys airspace at 1,400 feet, heading south and then west, he requested radar assistance to avoid traffic, Homendy said. But air traffic control said the helicopter was too low to provide that assistance.

Zobayan said he was going to climb higher, and air traffic controllers responded. But they never heard back. Radar data indicated the helicopter climbed 2,300 feet and began a left descending turn, she said.

The last radar contact was around 9:45 a.m. Sunday, Homendy said.

Pilot had thousands of hours of flight time

Zobayan was experienced and had 8,200 hours of flight time as of July 2019, Homendy said.

He had been working with Island Express Helicopters, which owned and operated the Sikorsky S-76B.

NTSB investigators are looking at pilot records, weather information, ATC communications and the wreckage as part of the investigation.

In a written statement posted to its website Island Express said, “We are working closely with the National Transportation Safety Board to investigate the cause of the accident and we are grateful to the first responders and local authorities for their response to this unimaginable accident.”

“It’s a workhorse,” O’Brien said. “It’s the flying Lincoln Town Car for executives. This is what corporate helicopter aviation is built on — on this Sikorsky.”

Helicopter broke into pieces at impact

The impact of the crash broke the helicopter into pieces, creating a debris field of about 500 to 600 feet, Homendy said. The crash created a crater at about 1,085 feet above sea level, she said.

“There is (an) impact area on one of the hills and a piece of the tail is down the hill, on the left side of the hill,” she said. “The fuselage is over on the other side of that hill, and then the main rotor is about 100 yards beyond that.”

When reporters asked her if there was any chance of survival, Homendy said, “It was a pretty devastating accident scene.”

Investigators initially struggled to access the site of the wreckage as it’s surrounded by difficult terrain, Los Angeles County Sheriff Alex Villanueva said Sunday. Eventually, authorities bulldozed the road to get to the location.

Complicating their access, mourners flocked to the site and into residential areas around it.

An emergency ordinance was issued, making it a misdemeanor to unlawfully access the site, Villanueva said Monday. Deputies are patrolling the rugged terrain on horseback, he said.

Three young girls were on board

Among the victims were three teenage girls on their way to the basketball game.

Alyssa Altobelli, who was Gianna’s teammate, was on the helicopter with her father, Orange Coast College (OCC) baseball coach John Altobelli and her mother, Keri Altobelli.

Her father would routinely travel with her to attend her games, OCC assistant coach Ron La Ruffa said.

Payton Chester and her mother Sarah Chester were also killed in the crash, Payton’s grandmother Cathy Chester wrote on Facebook.

“While the world mourns the loss of a dynamic athlete and humanitarian, I mourn the loss of two people just as important … their impact was just as meaningful, their loss will be just as keenly felt, and our hearts are just as broken,” Todd Schmidt, a former principal at the elementary school Payton once attended, wrote in a Facebook post.

Christina Mauser, an assistant girls basketball coach for a private school in Corona del Mar, California, was also killed in the crash.

“My kids and I are devastated,” her husband, Matt Mauser, wrote on Facebook. “We lost our beautiful wife and mom.”