Pizza dough tossed across road after east side crash 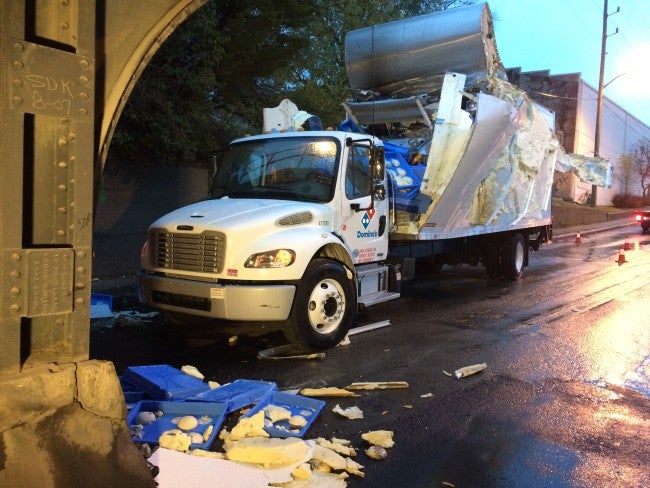 It happened around 6:30 a.m. near South Rural Street and Southeastern Avenue.

According to IMPD, no one was injured in the crash, which involved a Domino’s pizza truck.

Pizza dough covered the roadway after the crash.  The truck suffered heavy damage after hitting the bridge.

Drivers should seek another route while clean-up crews remain on scene.