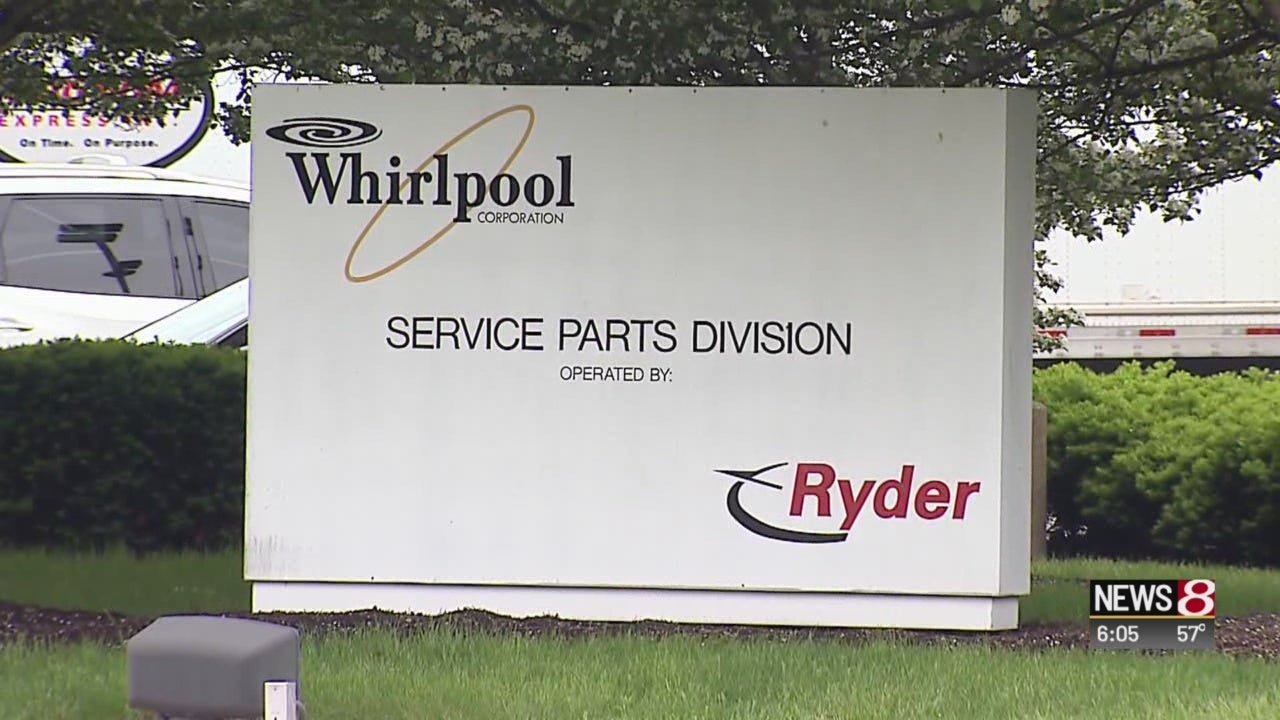 INDIANAPOLIS (WISH) — It is a familar logo: a yellow circle through the name Whirlpool, a staple in the household appliances business.

In the well-manicured front yard at 2801 Airwest Drive in Plainfield, a sign is emblazened with the Whirlpool logo at the top. The name on the bottom of the sign may be a little confusing: Ryder, most commonly associated with rental trucks.

But Ryder is also in the logistics business, or the management of moving parts and trucks all over the world.

From this giant Plainfield warehouse, Ryder is moving Whirlpool parts, but not for long.

A WARN (Worker Adjustment Retraining and Notification) filing with the Department of Workforce Development states that Ryder Integrated Logistics in Plainfield will be shutting down July 12.

Ryder says that approximately 436 employees will be laid off, but that all but one of those employees will be offered new positions with the company that will take over operations at that location or with other Ryder facilities.

Matt Will, associate professor of finance at the University of Indianapolis, says trouble is on the horizon.

“You are trying to control your cost, you are trying to make a fixed cost and make it a variable cost and that is exactly what Whirlpool did with Ryder. They knew eventually they would be closing the facility. They just didn’t want it to be on their shoulders; they wanted it to be on somebody else’s,” said Will.

Last Friday, Ryder notified the state that they would be closing the facility, which turned out to be partially true. As of July 12, Ryder will no longer operate the warehouse.

“We don’t know who it is going to be yet, but they are obviously going to find somebody. You have to distribute your appliances by some entity, but because it is a variable cost, because they outsourced it, they can squeeze their vendor for cheaper costs,” said Will.

Changing vendors may save the company money in the short run, but their future, according to Will, is questionable.

Whirlpool’s Plainfield, Indiana distribution center supports all of our major appliance products and is an important piece of Whirlpool’s world-class supply chain operations.  The company responsible for managing the Plainfield facility will transition in early July.  The new management company has confirmed they will make employment opportunities available to the existing workforce.