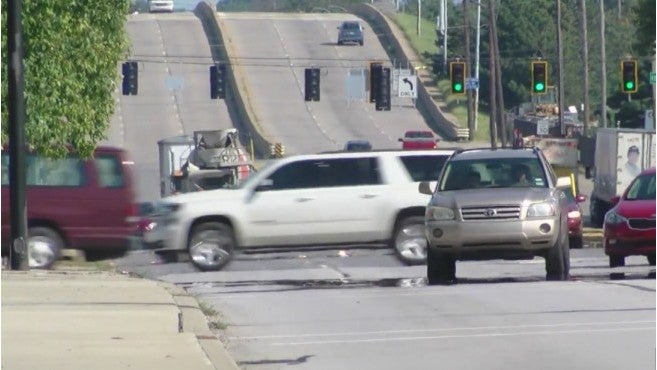 TERRE HAUTE, Ind. (WISH) – A man is awaiting trial after being accused of reckless driving and pointing a firearm at a mother and her two young children during a road rage incident on Interstate 70.

Jonathon Wiseman, 26, of Plainfield will appear in the Putnam County Superior Court on Oct. 31.

But in the mean time, law enforcement is reminding drivers how far is too far when it comes to road rage.

The line is clear when drivers cross over from your every day driving frustrations to criminal road rage.
It is important that drivers are aware of where that line is because the consequences can be costly.

Kevin Siefert has a long commute to work much of which he spends on the interstate. With all his time on the road, he has experienced some severe road rage.

“Occasionally you get the guy that wants you to pull over and fight. You know, that is just nuts,” said Siefert.

When he sees someone getting aggressive on the roadway he says he often just laughs: “Well if you’re back there gnawing on the steering wheel and flipping me off, I am not going to get in a hurry to get out of your way.”

Law enforcement is warning drivers against crossing the line when in comes to road rage and that means anything that endangers the safety of other drivers.

“You swerve at them. You point a weapon at them. You threaten them, throw things at their vehicle, cut them off, abruptly slow down in front of them. Any of those things make this move into the criminal element,” said Indiana State Police Sgt. Joe Watts.

Not only can erratic driving put you in danger, but you are also risking the safety of all the drivers around you.

“If you want to go out and kill yourself, I don’t care. But when you take my life in your hands, then I have a problem with it,” said Siefert.

If you become a victim of road rage police advise you ignore it, “most of the time when you ignore these people, they go on about their way,” said Watts. “It is when you do something in retaliation to them that starts this whole process and sometimes can escalate out of control.”

And if you are someone who has a tendency to lose your cool behind the wheel, they have some advice for you, too.

Severe actions like Wiseman’s are not common in the valley. But this case shows it can happen and it is important to always be aware of others when on the roadway.

If you find yourself in a situation where someone is crossing that line into intimidation, police recommend you get down in your car if possible, get off the nearest exit, go to a public area and call 911.