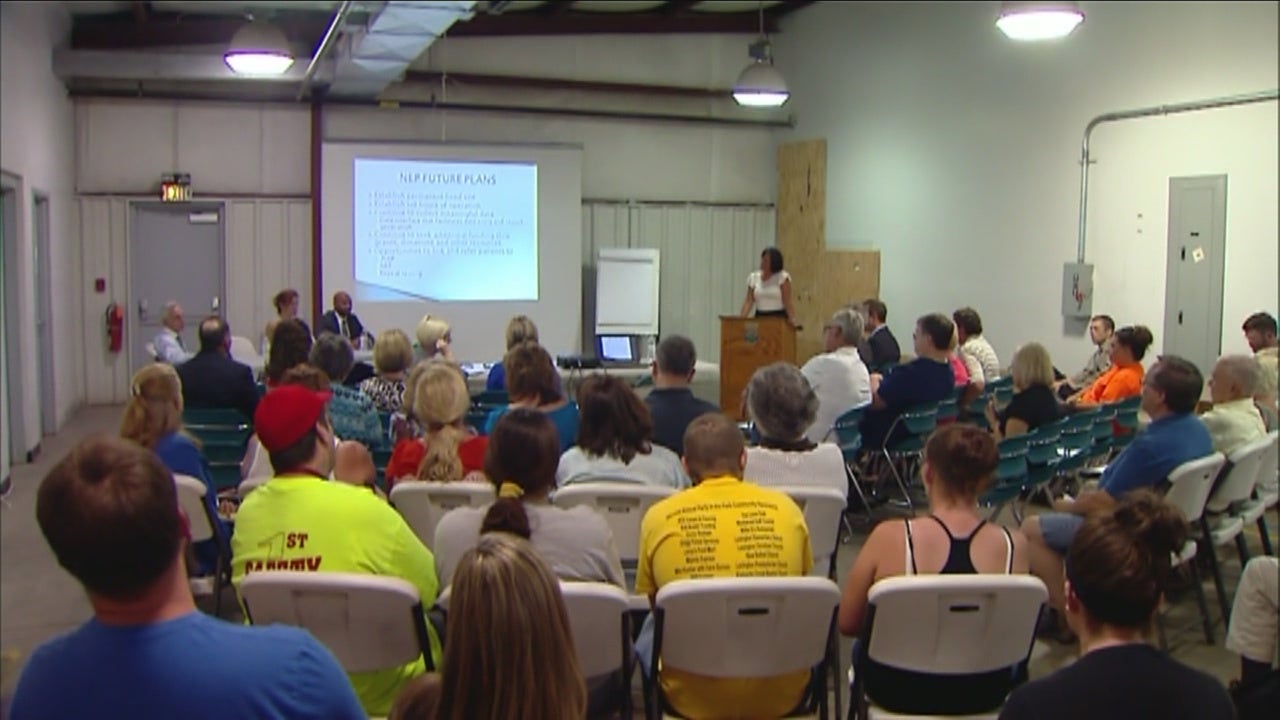 AUSTIN, Ind. (WISH) – The state health department revealed its new plan to tackle the state’s HIV outbreak. Most of the responsibility falls on agencies located in and around Scott County.

24-Hour News 8 learned that the Community Outreach Center where people have been able to obtain HIV tests, treatment and exchange needles will be shut down.

In a town hall meeting held at the center, the plan was shown to a crowd of health professionals from around the area.

The Scott County Health Department said it hopes to establish a permanent location for a needle exchange program.

A representative with the Centers for Disease Control was on hand and said HIV testing needs to become the ‘new normal’ in the area.

To help with the loss of the outreach center, health departments in neighboring counties have been trained on how to test for the virus. The Scott County School District has also been trained.

The Indiana Family and Social Services Administration plans to open a dual diagnosis clinic in Austin.  The clinic would focus on treatment treating mental health issues and addiction.

“There’s so much more than just the HIV crisis. It’s actually changing people’s mind set about what’s normal,” said Dan McClain, the Scott County Sheriff. “Being addicted is not normal. Having a job, going to work, being a part of the community, that’s normal, that’s the American way, and that’s what we want to get these people back into.”

Sheriff McClain went on to say, “It’s going to take a myriad of just different functions coming together in helping these people going from being HIV positive, possibly homeless, without a job, addicted, to getting them back in our community and being a productive part of our community.”

The Scott County Health Department will also get more staff members to help handle the workload. Through funding from the state, a nurse and a full-time HIV tester have been hired.