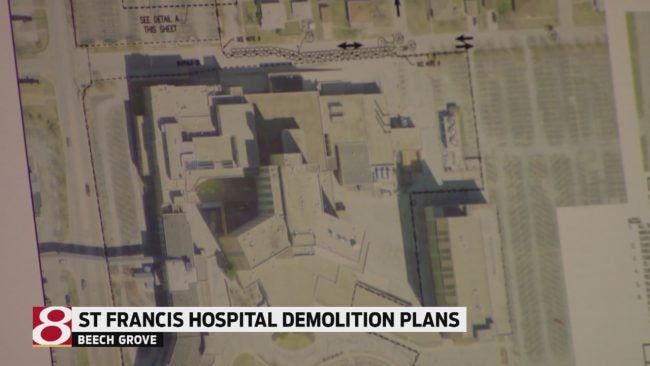 The building near Albany Street and 17th Avenue has been vacant for three years after a new hospital was built on the southeast side of Indianapolis.

At the meeting, the construction company working on the project said when it is completed, a green space will replace most of the property.

“The demolition will probably take anywhere from 16 to 18 months,” said Brent Cark of Ton and Blank Construction. “Depending on the season, if we finish early enough to plant, it’ll be done in 15 months. If not, we’ll wait and replant in the springtime.”

The city said more meetings will be held at a later date.