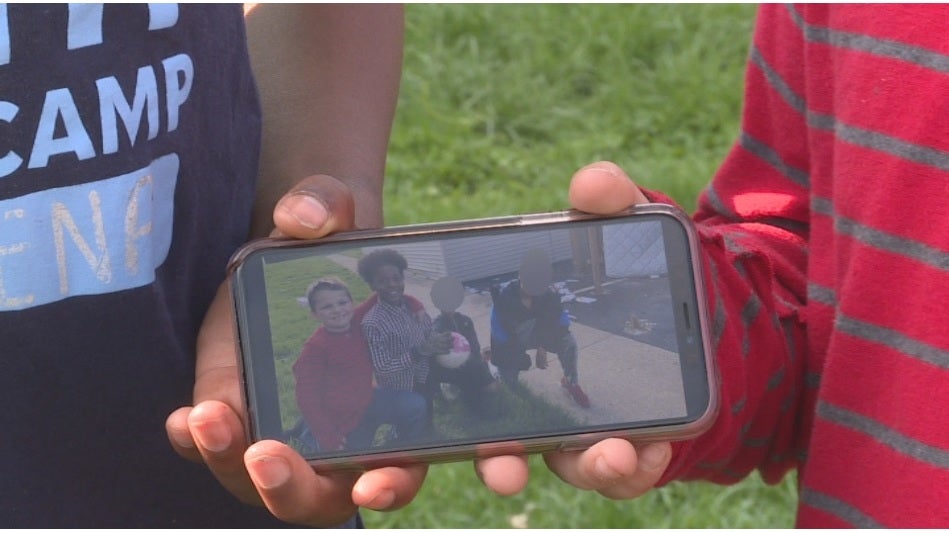 INDIANAPOLIS (WISH) — They didn’t do it for viral fame.

The group of Indianapolis boys, ages 8 to 11, extinguished an outdoor trash fire Sunday night at the Addison Creek Apartments with pots of water from a friend’s kitchen.

“[We had to] make sure everybody was safe,” Sayles said Monday afternoon when News 8 tracked down the playground heroes.

The boys were playing on a “bouncy house” at the west side apartment complex when they noticed black smoke billowing from the ground near a dumpster in the 5700 block of Port au Prince Court, Sayles told News 8.

The boys ran for help, asked an adult to call 911 and grabbed amateur firefighting supplies from a nearby apartment.

“We had like five pots of water,” Sayles said.

He pointed out the charred remains of what appeared to be an oven mitt in the photo of the four boys shared by the Wayne Township Fire Department.

Sayles said he used the “old glove” to attempt stamping out the fast-spreading blaze.

Flames were nearly waist-high and reignited multiple times, he said.

Another boy showed News 8 the ash-covered sneakers he wore to “step on the fire” as bystanders waited for professional firefighters to arrive.

“It started back up [so] he stomped on it,” said Randolph.

The faces of the two boys on the right side of the photo — brothers Ilijah and Isaiah Allen — were obscured by News 8 due to privacy concerns. Their mother, however, said she was “very proud” of the boys and wanted their names associated with their good deed.

Her friend called the boys “heroes” and said “everybody at (Addison Creek)” had heard about their newfound Facebook fame.

The trash fire at the apartment complex was set intentionally, according to fire department spokesperson Mike Pruitt.

“(Authorities) never were able to identify who the individual was who started the fire,” he said. “But we know the boys did not know the individual.”

“We want our firefighters to do that,” he explained. “But in this case, we’re not going to be too hard on the boys for jumping in and taking action. It was their quick action that extinguished the fire.”

The boys could have a bright future as local first responders, Pruitt suggested.

The Wayne Township Fire Department has no minimum age requirement for new recruits.

Randolph and Sayles said they would both be interested in one day training to become firefighters. For now, Randolph is more excited about the prospect of being on television.

He interrupted his retelling of this story to yell, “Dad! Watch the news tonight! I’m gonna be on the news!”