Poland’s president to meet Trump at White House in June 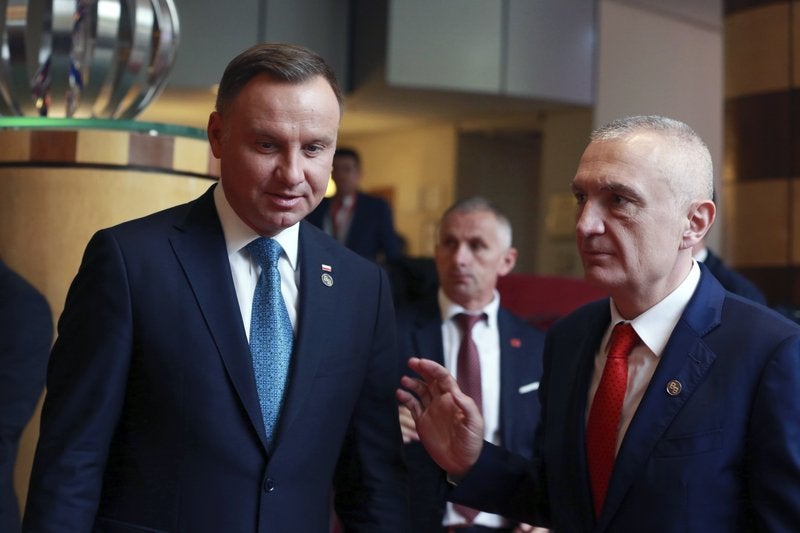 WARSAW, Poland (AP) — An aide to Polish President Andrzej Duda says the leader and the first lady have been invited to the White House in June to meet with President Donald Trump.

Krzysztof Szczerski, who heads the president’s office, did not give a date for the visit and said Friday that further details would be announced by Washington.

Szczerski said topics of discussion would include economic issues.

Poland has also been lobbying for the U.S. military to increase its presence on Polish soil, fearing a resurgent Russia, and is awaiting a decision on that.