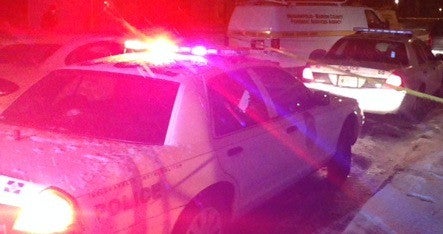 INDIANAPOLIS (WISH) – Two people were killed and one person was injured in a shooting on the east side of Indianapolis Tuesday night, officials with IMPD said.

Officers were called to a convenience store in the 1900 block of Prospect Street around 8 p.m. on the report of a person shot. When police arrived they found a man with gunshot wounds. While medics assisted the victim, police got another call about additional victims possibly down in the street, in the 1000 block of Harlan Street.

When officers arrived to that scene, they found two men who had been shot. Both victims were pronounced dead by medics.

Police say facts surrounding the case are unknown, however, police don’t believe this was a random act.

The victim found shot on Prospect Street was transported to Sidney & Lois Eskenazi Hospital in critical but stable condition.