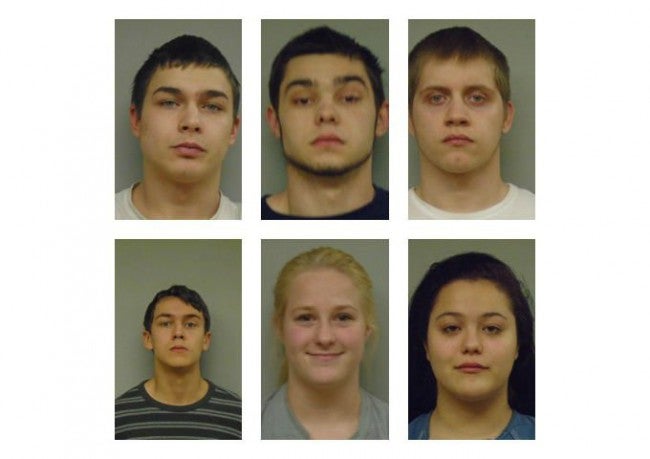 CELINA, Ohio (WANE) — Police in Ohio arrested eight people Thursday evening after a shooting believed to have taken place when a drug deal turned into a robbery.

Mercer County Sheriff Jeff Grey gave details of his department’s investigation into the incident during a Friday afternoon news conference in Celina.

According to Sheriff Grey, the investigation began when officers were called to the St. Marys emergency room where two people were being treated for gunshot wounds.  The two told the officers they had been shot as a car drove by as they were walking in Celina.  Officers later learned the two had actually been shot at Ambassador Park in Fort Recovery.

Investigators believe a drug deal had been set up with the buyers having no intention of paying and instead they used physical force to take the drugs from the seller.  That’s when the seller, who police arrested and have identified only as a 17-year-old male from Fort Recovery opened fire, hitting Julien Kocak, 19, of Celina and a 16-year-old boy from Celina who is still hospitalized and was not among the eight people arrested. However authorities plan to charge him once he is released.  Kocak was cleared to be released from the hospital and as of Friday afternoon was being held in the Mercer County Jail on felony charges of robbery and obstructing official business.

The six other people arrested face the following charges: