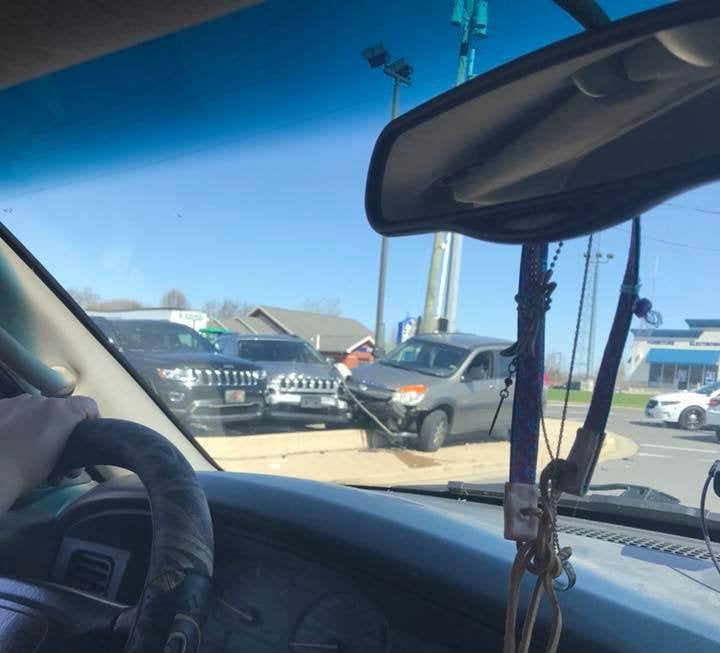 Police in Kendallville say a 5-year-old boy suffered minor injuries Monday morning after he crashed his dad’s Buick Rendezvous in a failed attempt to visit a relative.

Police were notified that a juvenile might be driving a vehicle after a mailbox was hit on Kammerer Road according to a news release from the Kendallville Police Department.

An off-duty Noble County sheriff’s deputy spotted the vehicle going west on U.S. 6 and radioed to other units that it was approaching the Riley Street intersection.

The boy made a left turn on Riley and crashed into a concrete wall in front of Community State Bank.  The Buick continued into the parking lot where it struck a Jeep that was pushed into another Jeep.

Police determined that the boy had taken his father’s key and wanted to go to a relative’s house.

The Department of Child Services was contacted as part of the investigation.