Police: 8-year-old in critical condition after stabbing during recess 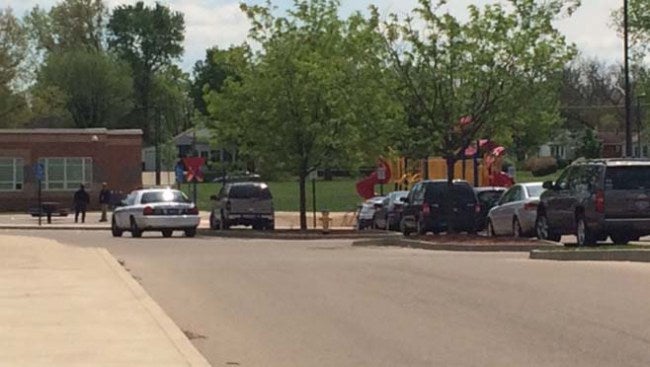 DAYTON, Ohio (WDTN) –  Police are still searching for a man who they say stabbed an eight-year-old girl on a playground at a Dayton school.

Police tell WISH-TV’s sister station WDTN that a stranger approached a girl who was playing on the swings at World of Wonder at Residence Park School and stabbed her.  That child was taken to Dayton Children’s Hospital and is now in critical condition.

Police began searching the area for the suspect with a K9 and talking to neighbors looking for any information they could in their efforts to find out who is responsible.

Police detectives and officers are looking for a black male 18-20 in age, medium build, 5-feet, 10-inches tall. They say he may be wearing beige or blue shorts, a beige or green sweatshirt and an orange t shirt. The suspect was seen running toward Kammer Avenue after the attack.

Investigators don’t know why this particular child was attacked. They say it is early i the investigation and they have a lot of work to do. According to police there was at least one teacher on the playground with the students at the time of the attack.

Police say the children are still inside the school and parents have been notified of the incident.

Anyone who has any information about this incident is asked to call the Dayton Police Department at 333-COPS.