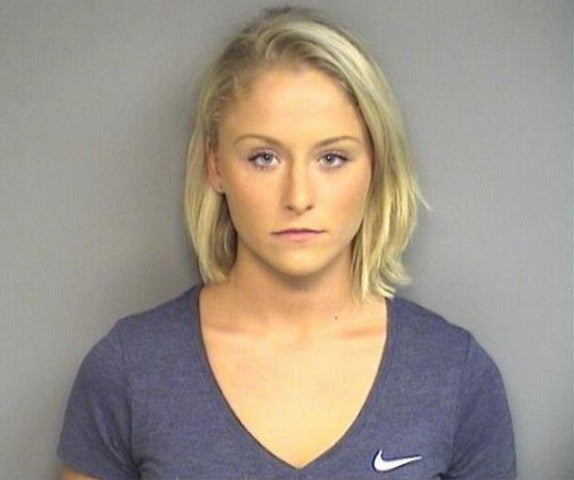 STAMFORD, Conn. (WTNH) – A 20-year-old Stamford woman is accused of keying her ex-boyfriend’s car, as well as a friend’s car, along with damaging their tires; but police couldn’t help but notice a misspelled word keyed into the paint.

Last Thursday, officers arrested Shannon Csapilla, 20, of Stamford. Early in the morning on August 7, Stamford officers discovered that vehicles belonging to Csapilla’s ex-boyfriend and one of her girlfriend’s had been keyed, and their tires punctured.

Officers said that scratched into the paint on the woman’s car was the word “wore”. Police believe she forgot the “h” in that word, and that they may have been her motive for damaging the cars.

Stamford official confirmed to WISH-TV’s sister station WTNH that Csapilla then began sending harassing text messages to her ex-boyfriend, in which she allegedly admitted to keying the vehicles and puncturing the tires.

According to police, Csapilla responded to a request to report to police headquarters, but was not cooperative. Officers said she denied damaging the cars.

When Csapilla left the police station, she allegedly took a picture of the building and posted it on Snapchat with the caption “Stamford police have nothing on me.” One of the recipients of that Snapchat message reported to officers that she had posted that picture and comment.

Csapilla is charged with two counts of first degree criminal mischief. She was released on a $10,000 bond. Police said Csapilla is not allowed to contact her ex-boyfriend or her girlfriend until after her court appearance.