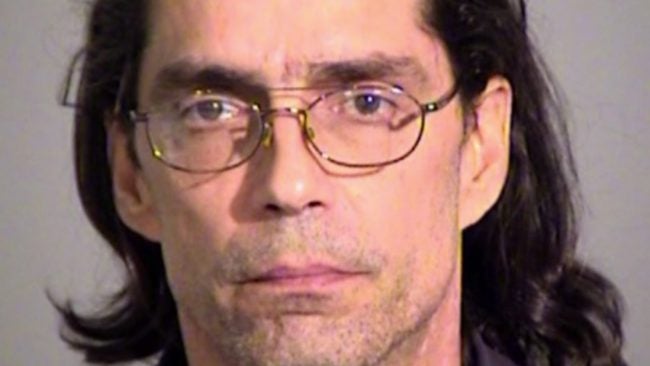 INDIANAPOLIS (WISH) — A man convicted of drugging and raping his ex-wife years ago is now back in jail accused of another crime at a grocery store.

IMPD arrested 55-year-old David Wise for voyeurism after someone discovered a camera phone was recording in the bathroom at grocery store.

It happened Sunday at the Kroger on Kentucky Avenue.

“It’s alarming you know it’s real scary to think that it’s in your backyard,” said one shopper, who asked not to be identified. “You hear about stuff going on everywhere else, but you don’t think it’s going to happen to you or around you.”

Other people, like Mandy Lewis said she received a phone call about the arrest.

“I was actually woken up at 5 o’clock in the morning  yesterday morning being notified by community corrections that David had been taken back into custody,” said Lewis, rape victim.

Lewis told 24-Hour News 8 Wise is her ex-husband. He’s also the man convicted of drugging and raping her. A judge sentenced him to eight years of home detention in 2014.

“It’s been kind of a terrifying last couple of years trying to avoid him knowing that he’s out there with us somewhere,” she said.

Lewis said she saw him in court Monday afternoon for his probation violation hearing.

“All the nerves come back it’s just like it was yesterday and they brought him in and he sat down and he looked directly at me,” she said. “I looked right back and I made sure that my presence was known.”

Lewis said it’s disturbing to learn about the recent arrest and allegations.

“The community is involved now you know he’s not only going after me he’s going after individual families anybody who walked into that unisex bathroom,” she said.

Police did not release details about the investigation with 24-Hour News 8.

A spokesperson for Kroger told us they are working with police and ensure the safety of their customers.

Meanwhile, Lewis said her focus now is to help other victims of rape cases.

“I definitely want to be that strength for other women who have gone through something similar to know that somebody else has gone through it,” she said. “They made it through it. I’m making it through.”