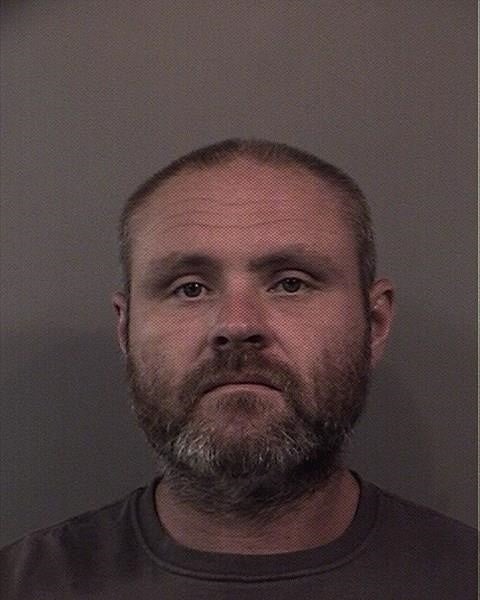 GREENWOOD, Ind. (WISH) — A suspected serial flasher is behind bars.

Authorities arrested 34-year old Justin Wagers of Martinsville. They believe he exposed himself to women in Greenwood, Franklin and Edinburgh.

One incident happened near the Shell gas station in Greenwood, near County Line and Bluff Road.

Wycoff says after being flashed, her first instinct was to look away, but instead she got a clear picture of Wagers and his vehicle: a white truck with a white camper and dark trim. She also tracked down surveillance footage, which authorities say showed the truck.

“Right as I got past him, he said, ‘Hey lady,’ and I turned around. He was just flopping his stuff at me,” said Wycoff.

Sunday evening Wycoff decided to go for a bike ride. Her first stop was the nearby Shell station to air up her tires.

“As I’m doing that, I notice a truck pull up and a gentle…not a gentleman, a man in the truck. I just kind of glanced up, went back to filling up my tires with air, got on my bike and took off,” said Wycoff.

As she headed near her neighborhood, she noticed the truck pulled over.

“I thought, okay, maybe he lives there, or he’s visiting or something. I didn’t think too much about it. I just kept riding my bike,” said Wycoff.

But soon, she realized that man followed her, so he could flash her.

“My first instinct was that I wanted to run to my house and call 911. But he was kind of creeping slowly and I thought’ no, if you do that, he is going to know where you live.’ Something just clicked in my brain and I got really pissed off,” said Wycoff.

On her bike, she tried to chase him but he was too quick. She called the sheriff’s office then stopped by area businesses. She wanted to give them a description so they too could be on the lookout. Back at the Shell station, she was able to view surveillance video.

Authorities also viewed the video and say it played a role in tracking down Wagers.

“We can fight back. It doesn’t necessarily mean with our fists,” said Wyvoff. “I’m going to get your license plate number and I’m going to report you and they’re going to find out who you are and it’s only a matter of time before you end up in jail,” said Wycoff.

She was right. Johnson County Sheriff officials arrested Wagers Tuesday at his Martinsville home. They credit Wycoff for her work.

Wagers is being held in the Johnson County Jail on a $40,000 bond. Authorities say the bond was raised after they learned of a pending case in Morgan County. Wagers is a registered sex offender.

Police are still asking anyone with information in the case to come forward. If you know anything, you are asked to contact the Johnson County Sheriff’s Department at 317-736-9155.