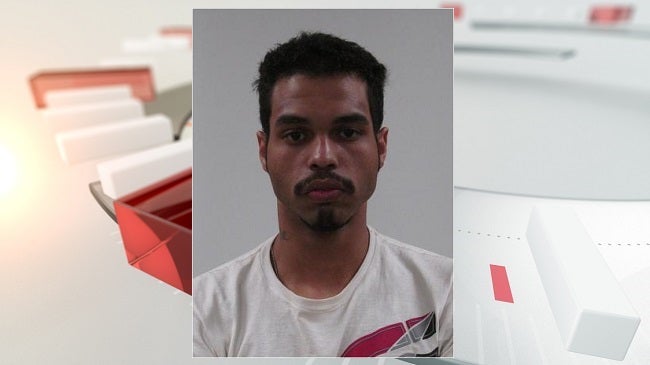 WOLF LAKE, Ind. (WISH) — A Lafayette man who was passed out behind the steering wheel of his car at a gas station was awakened by police and then arrested Thursday, Indiana State Police said in a news release.

Police said Friday they responded about noon Thursday to the Marathon gas station at U.S. 31 and Tippecanoe Street in Wolf Lake to find 24-year-old Eshon Lee Anthony Curry-Grogg unconscious inside a locked 2000 Pontiac Grand Prix. Multiple police officers tried to awake Curry-Grogg several times before succeeding. Once Curry-Grogg exited the vehicle, police said, he was uncooperative with them.

Police later learned Curry-Grogg had arrived at the gas station about 45 minutes before they found him. A search of the vehicle allegedly turned up a substance believed to be methamphetamine, the release said.

Curry-Grogg was taken to Parkview Noble Hospital in Kendallville for a blood draw and medical evaluation. Later, he was incarcerated in the Noble County Jail on preliminary charges of operating while intoxicated with a prior conviction, operating while intoxicated on a controlled substance, possession of methamphetamine near an elementary school and resisting law enforcement.

The release did not indicate the results of the blood draw and medical evaluation.

Wolf Lake is an unincorporated community about 20 miles northwest of Fort Wayne.