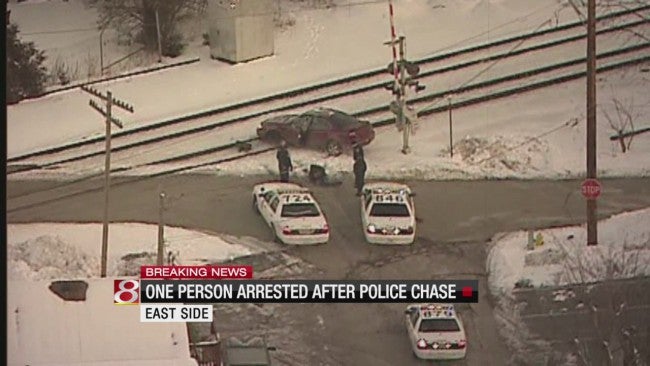 INDIANAPOLIS (WISH) – According to IMPD dispatchers, a short police chase ended Monday morning, when a car thief crashed and was then arrested.

The incident happened around 7:30 a.m. Monday, when police say the suspect stole a car while it was warming up.

After a brief chase, the suspect crashed the car on train tracks near 47th Street and McCoy Street in Lawrence.