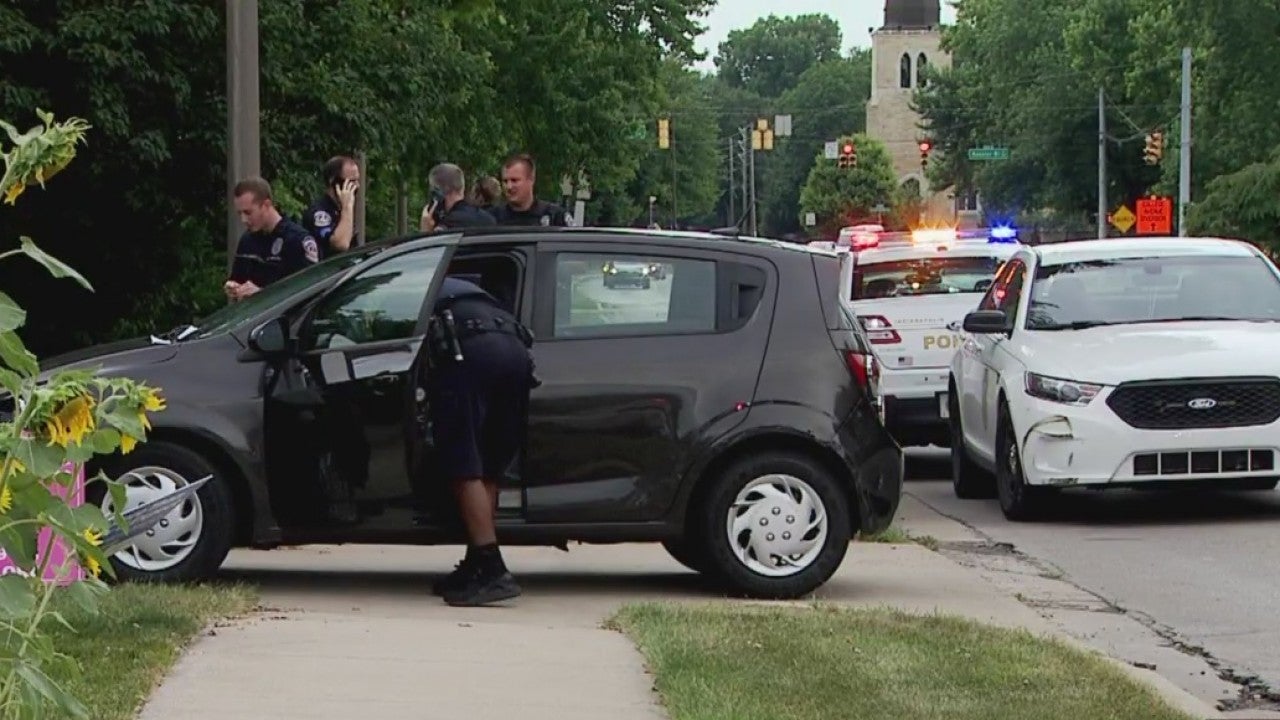 INDIANAPOLIS (WISH) — Indianapolis Metropolitan police arrested a woman Saturday after she led them on a chase that ended up on the city’s north side.

When all the dust settled, police told News 8 all she was in trouble for was expired tags on her car.

An IMPD officer noticed the woman’s tags were outdated when she was driving on 37th Street and Central Avenue, so the officer tried to pull her over.

That’s when the driver panicked and took off, according to IMPD.

When the chase ended up in a neighborhood on North Meridian Street, the officers chasing after her used what they call a pit maneuver to slow her down.

One IMPD vehicle tapped her car from the side, causing her to turn 180 degrees and give officers a chance to surround her and get her out of the car.

They cuffed the woman and sat her in a neighbor’s front yard before eventually taking her in.

George Hicks lives just next door to where the chase ended.

He said he was just watering his yard when suddenly all the commotion was coming his way.

“Another police car rolled in, another one rolled in, they were rolling in from all kind of angles,” he said.

Hicks said he thought things were going to escalate before he saw the officers get everything under control.

“I thought there were going to be shots, but then everything was calm,” he said.

No one was hurt during the chase.

Police at the scene said that as far as they know, the woman had no criminal history before the chase happened.

The woman’s car did have Indiana plates, but IMPD was not releasing her identity on Saturday.