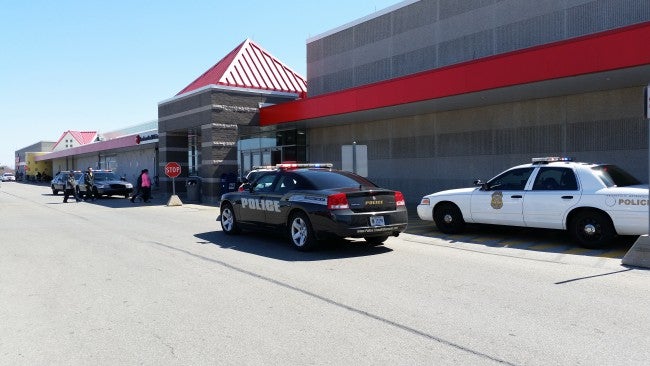 INDIANAPOLIS (WISH) – Indianapolis Metropolitan Police went to a Meijer on Saturday afternoon to check out a suspicious vehicle and ended up arresting three suspects.

IMPD received a call from the 5200 block of Ruskin Place on reports of a car that looked suspicious, like it might’ve been involved in a car accident.

When police arrived to the location, they found that the car in question was stolen.

In an effort to investigate the situation, police ended up chasing after three suspects within the Meijer store, who they believed to have a connection to the stolen vehicle.

After a brief pursuit inside, all three suspects are now in custody.