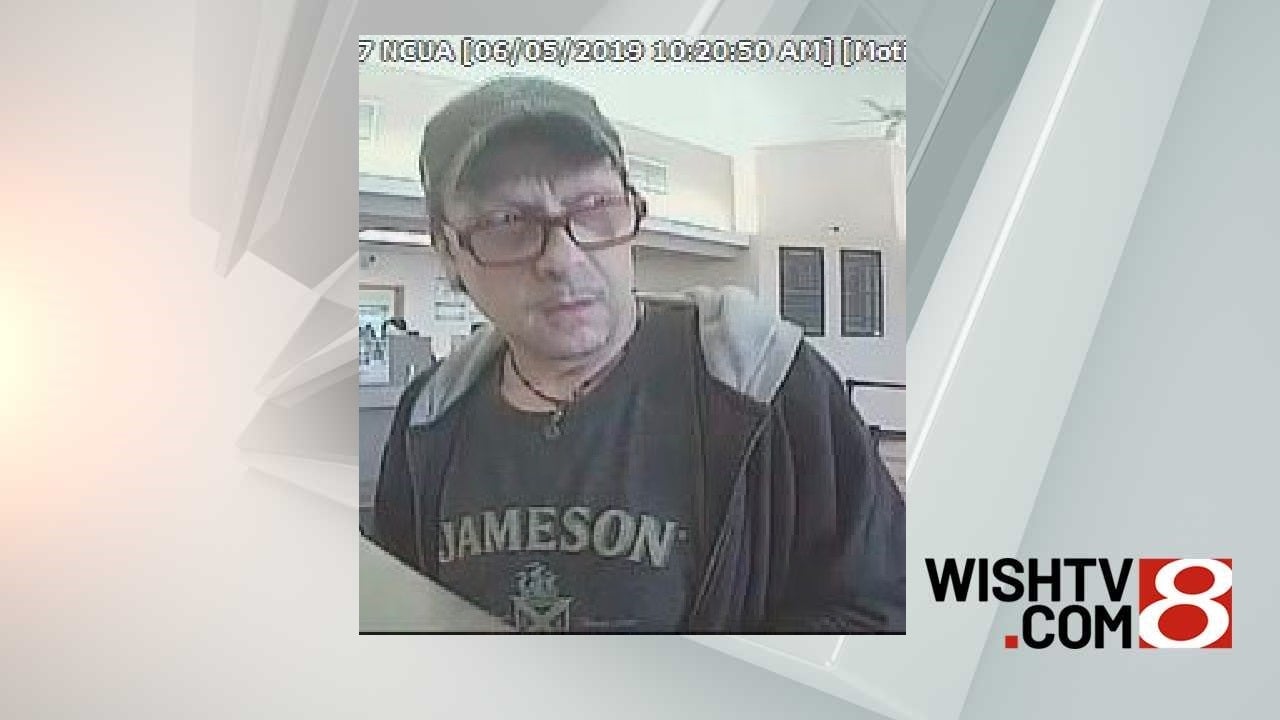 INDIANAPOLIS (WISH) — Police are seeking help to identify a suspect in surveillance photo from a credit union robbery.

Officers were told that a male presented a robbery demand note and then fled the bank with an undisclosed amount of money.

The suspect was described as being from 5-feet-7 to 5-9 and from 170-180 pounds. He wore a baseball cap, prescription glasses, a T-shirt, a jacket and blue jeans. He was last seen on foot westbound from the credit union.