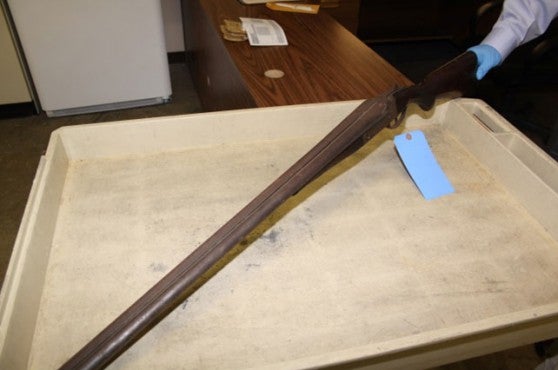 The Phillips 66 gas station was robbed on Friday at approximately 7:25 a.m. A video of the robbery showed the suspect brandishing what appeared to be a double-barrel shotgun.

On Monday, Franklin Police responded to a place near the gas station where a firearm had been found. The weapon found is now considered to be the same firearm that was used in the gas station robbery.

Police have taken the weathered Stevens Model 335 into evidence.

Anyone with information or tips regarding this case or the shotgun should contact Detective R. Tice at 317-346-1143.