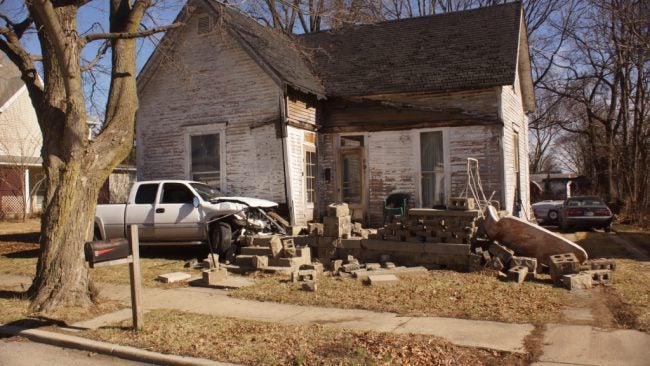 GREENFIELD, Ind. (WISH) – Police in Greenfield are investigating after a Thursday crash resulted in the death of one person.

According to the Greenfield Police Department, just before noon officers responded to after several calls of a vehicle crashing into a house in the 500 block of North East Street.

Police said the female driver of the vehicle, identified as 33-year-old Megan Rowe, was transported, unresponsive, to Hancock Regional Hospital. She later died at the hospital.

While occupants of the residence were home at the time of the crash, there were no injuries.

Furthermore, police say they received a number of calls about other accidents involving Rowe’s vehicle prior to the vehicle hitting the house.

The Hancock County Coroner is scheduled to perform an autopsy Friday.