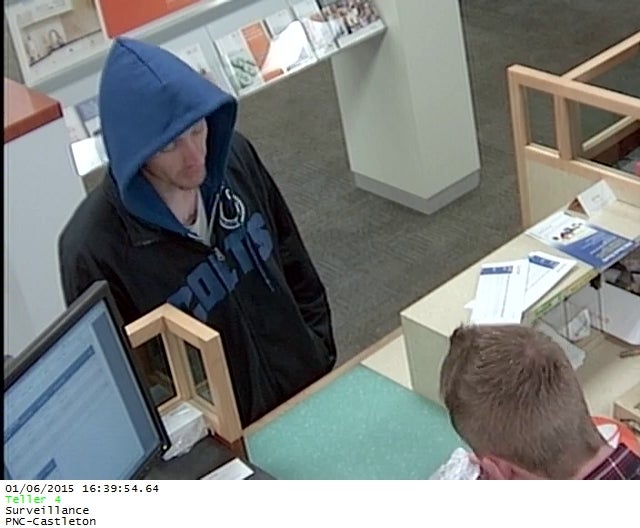 INDIANAPOLIS (WISH) – Authorities are looking for a man who robbed a Castleton bank Tuesday afternoon.

IMPD was dispatched to the PNC Bank located at 6022 East 82nd Street around 4:40 p.m. Witnesses at the scene told police that a white male in his 20s entered the bank and passed a note to a bank teller, demanding money.

The teller complied with the suspect’s demand, and the man immediately fled the scene with an undisclosed amount of money on foot in an unknown direction.

Police say the suspect is 5-foot 9 with a skinny build. He was last seen wearing jeans and a black Indianapolis Colts hooded sweatshirt. He is described as having blonde hair and a scruffy blonde beard.