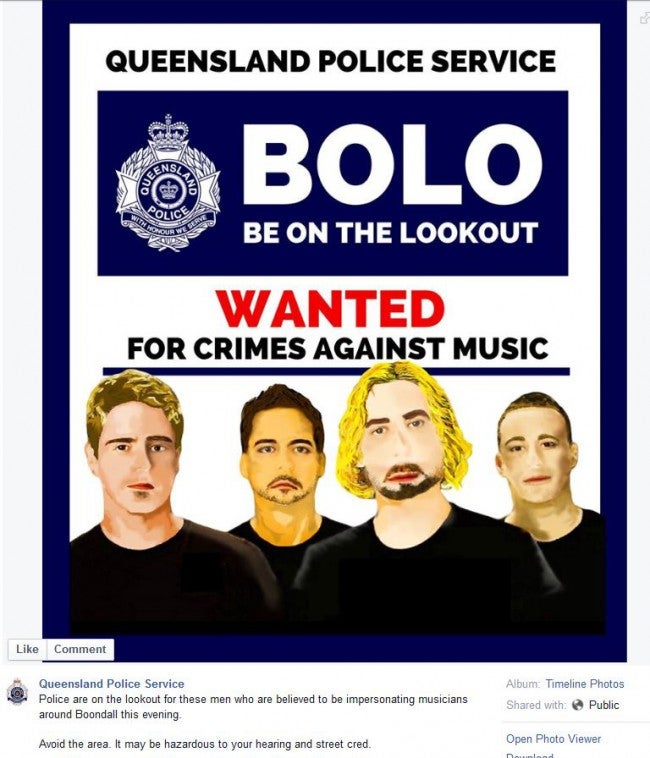 INDIANAPOLIS (WISH) — Police in Australia say the band Nickelback is facing charges, for crimes against music.

The Queensland Police Service issued a be on the lookout alert on their Facebook page Tuesday.

Police are on the lookout for these men who are believed to be impersonating musicians around Boondall this…Posted by Queensland Police Service on Tuesday, May 19, 2015

They say they are looking for the band and are believed to be impersonating musicians around Boondall on Tuesday.

The mockup poster was also Tweeted out on the police services page.

The band began a week long tour in Australia and had to add tour dates due to the overwhelming popularity. Nickelback’s No Fixed Address tour comes to the U.S. on June 19 in Ridgefield Washington.