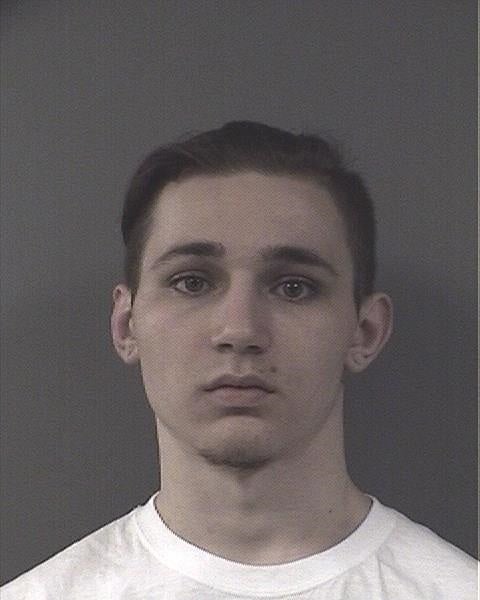 NEW WHITELAND, Ind. (WISH) – The Whiteland Police Department made an arrest in a recent string of vehicle break-ins throughout Whiteland and New Whiteland.

According to a police report, an officer observed Trevor Lee Ellis in the area of West Street and Meadowlark Drive in Whiteland. Police say Ellis had a black hoodie pulled over his face and was carrying a backpack.

When officers stopped Ellis they asked if they could search his backpack. Inside several items including multiple pocket knives, gloves cigarettes and a prescription pill bottle. The pill bottle had a different name and the officer was able to trace the name back to one of the victims from the car break-ins.

The backpack Ellis was carrying was also from that car break-in.

During an interview with police, Ellis admitted that he was the one responsible for breaking into vehicles in the area during the week of April 7. Ellis told police they could find the rest of the stolen items at his mother’s home.

Authorities believe he targeted a total of 25 vehicles.

Police said in all cases there were no signs of forced entry and no damage reported. Still, they want to remind people to remove valuables and always lock your doors.