Police: Man broke into Center Grove home in his underwear 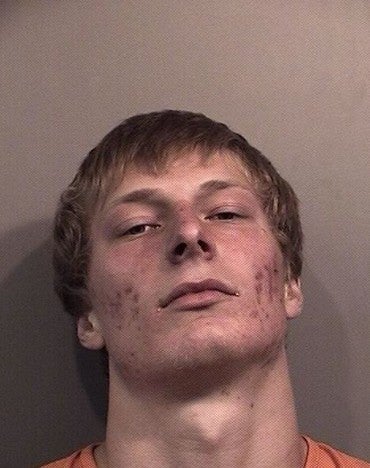 JOHNSON COUNTY, Ind. (WISH) – A 19-year-old Greenwood man was arrested over the weekend after police say he broke into a Center Grove resident’s home, wearing only his underwear.

It happened near State Road 37 and Smith Valley Road. The resident called police at 3:15 a.m. Sunday after he had gotten the man out of his home.

The resident told police he was sleeping on his couch when he woke up and saw Andrew M. Wozniak standing in his living room, wearing only underwear and eating chips. Police say the resident tried to talk to Wozniak, but he was incoherent.

The resident got Wozniak outside and called police. Deputies found Wozniak walking down the sidewalk in his underwear. Police say he smelled like alcohol and was slurring his speech, 24-Hour News 8’s news partners at The Daily Journal report.

Wozniak said he hadn’t been drinking. A deputy did a Breathalyzer test which showed Wozniak had a blood-alcohol content of .106 percent, according to a police report.

Wozniak was first taken to the Johnson County Jail, where workers said he should be checked out at a hospital. He was later released from the hospital and was held at the jail on $4,400 bond. He faces preliminary charges of residential entry, disorderly conduct, possession or consumption of alcohol by a minor and intimidation.

All Indiana Politics / 43 mins ago