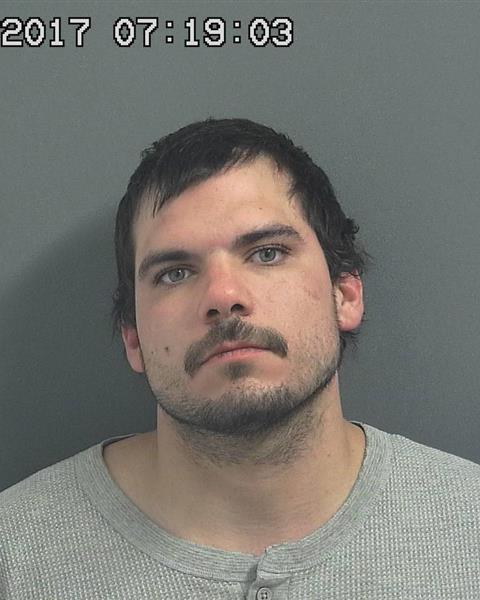 GREENE COUNTY, Ind. (WISH) — A Bloomfield man is in custody after police say he shot and killed a friend then buried the body.

William Abel, 24, faces felony counts that include murder and obstruction of justice, as well as one misdemeanor count of false informing.

Authorities say Abel shot and killed Chase Aliano, 21, attempting to cover up the incident by hiding Aliano’s car, burning the victim’s clothing and other possessions, and burying the victim’s body.

The investigation started on Feb. 3, when the victim’s father, Steve Aliano, contacted the Lawrence County Sheriff’s Office to report his son missing on Feb. 3, stating that Chase had last been seen on Jan. 31 at Abel’s residence in Bloomfield, where Chase possibly intended to sell firearms to Abel.

On Feb. 4, a deputy from the Greene County Sheriff Office visited the Abel residence and, after receiving consent from Abel’s father, searched the property, eventually finding Chase Aliano’s red Chevy Tracker in the woods, partially hidden from view by an old mattress, and with a mismatched license plate attached.

According to the sheriff’s office, William Abel admitted that he’d tried to hide Aliano’s car, after which Abel was taken to the Greene County Jail to be interviewed.

Abel first told authorities Chase Aliano had come to see him on Jan. 31, to sell him firearms, and then left with a female, asking Abel to hide the Chevy Tracker while Aliano traveled to purchase drugs. However, after questioning, Abel changed his story, stating that the two men went to a cabin on Abel’s family’s property on Jan. 31, firing pistols Aliano brought with him and smoking methamphetamine.

Abel’s account continued, as he claimed Aliano pointed his gun at Abel as they left the cabin, firing and missing. According to deputy reports, Abel says Aliano shot back at him, so Abel fired again, this time seeing Aliano fall to the ground, at which point he approached Aliano, fired a third time.

Deputies say Abel was not able to provide a reason why Aliano would point his firearm in Abel’s direction, stating that the two men had gotten along well that evening.

Abel told authorities he then wrapped Aliano’s body in a sheet and used the car to drag the body into the woods, removing all of the clothing, placing the body in a hole in a creek and then covering it with rocks and sticks. Abel said he then burned both Aliano’s clothing and his own, and returned the following day to bury the body more fully. He also reportedly shot at Aliano’s cell phone and then threw it into the woods.

Deputies escorted Abel back to his residence, where he indicated the various locations where the incident took place, including the location of the victim’s body and Aliano’s other firearms.

After repeated interviews, Abel stated he could not in fact clearly remember whether Aliano fired at him, as he had claimed.

Preliminary findings from an autopsy conducted at Terre Haute Regional Hospital indicate that Aliano was shot six times, in a manner inconsistent with the narrative provided by Abel.

William Abel is being held at the Green County Jail without bond.