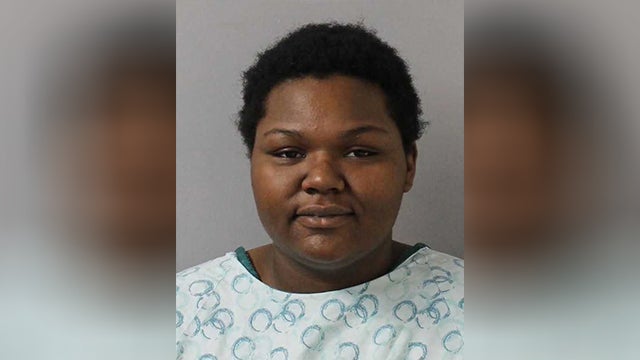 NASHVILLE, Tenn. (WKRN) — A woman wanted for a 2017 murder was arrested Saturday morning while naked and waving a gun inside of a busy South Nashville restaurant, Metro police say.

Montessa Tate-Thornton, 19, was taken into custody at the Waffle House on Harding Place near I-24 on charges including public indecency and public intoxication.

Police said they responded to a report of a naked man and woman with a weapon inside of the business.

When officers arrived, they said they observed Tate-Thornton wearing no clothing inside the Waffle House, which was open for business, and waving around a gun while acting erratically.

Police said the 19-year-old admitted she had used marijuana and cocaine.

The other naked suspect allegedly involved in the same incident was identified as Larico Nixon, 34, and he was charged with public indecency, public intoxication and being a felon in possession of a weapon, authorities said.

Police stated Nixon was observed running with a gun, also wearing no clothing, and chasing Tate-Thornton, while admittedly under the influence of marijuana, cocaine and crack cocaine.

Once Tate-Thornton was in custody, investigators said they discovered she was wanted on a charge of first-degree murder in the December 10, 2017 shooting death of 23-year-old Maxime Assem.

Assem was killed during a robbery at University Court Apartments, police said.

James Gilchrist, accused of firing the fatal shot, was arrested in March on charges of first-degree murder, especially aggravated robbery and unlawful gun possession by a convicted felon.

Police said Tate-Thornton knew Assem and conspired with Gilchrist, 26, to rob him.