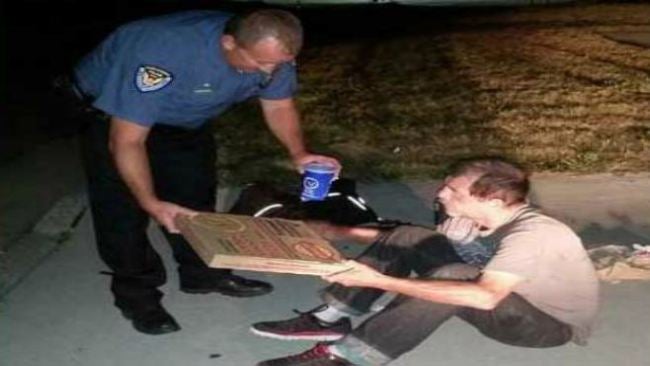 MIDDLETOWN, Ohio (AP) – A police chief in southwestern Ohio says he wasn’t surprised that one of his officers delivered a pizza to a homeless man.

Middletown Officer Jason Deaton was recognized on the police division’s Facebook Wednesday after he gave pizza and a drink to a man who was sleeping on the streets.

Muterspaw says officers have delivered food during the holidays and have purchased Christmas gifts for families.

He says helping people in the community is “something officers do.”