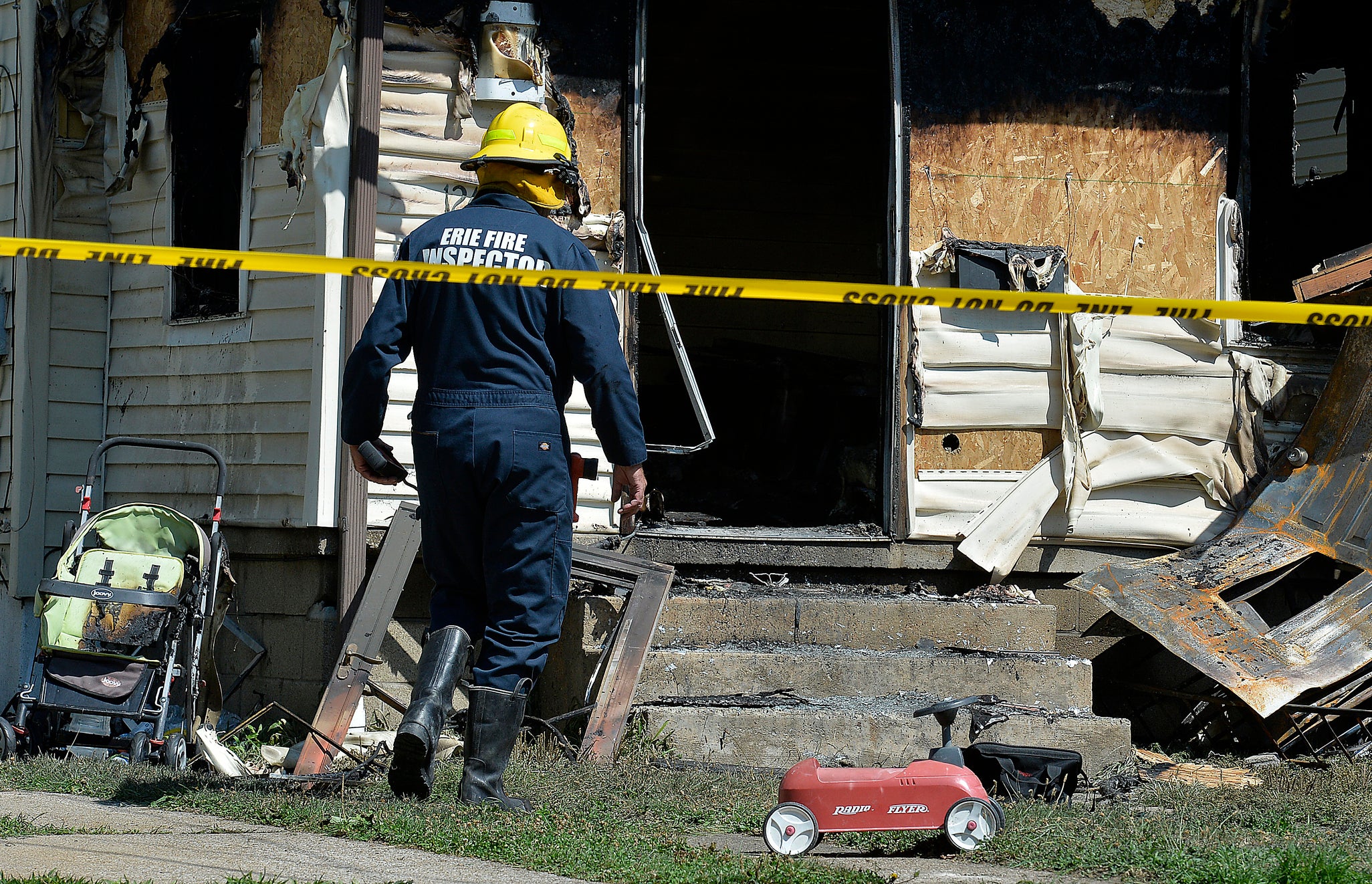 ERIE, Pa. (AP) — A morning fire in Pennsylvania claimed the lives of five children and sent another person to the hospital, authorities said.

The fire was reported in Erie, a northwest lake town, at about 1:15 a.m. Sunday, Chief Guy Santone of the Erie Fire Department said.

The victims ranged in ages from 8 months to 7 years, Santone said.

The Erie Regional Chamber and Growth Partnership lists a day care at the fire address.

Detectives are working to determine whether any of the victims were staying at the day care, Erie Police Chief Dan Spizarny told the Erie Times-News.

A woman who also lives at the residence was flown to UPMC Mercy for treatment, Chief Fire Inspector John Widomski told The Erie Times-News.

The newspaper reported that the injured woman is the owner of the day care.

Santone told the paper that a neighbor was also injured.