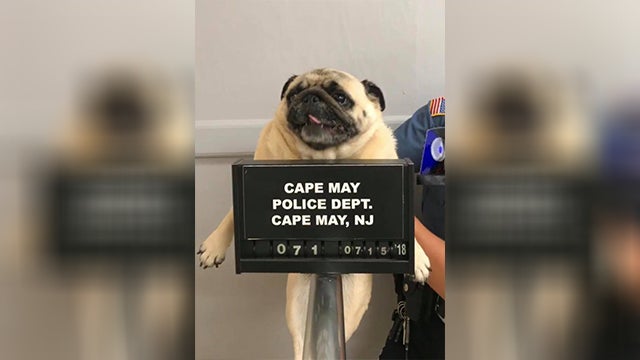 CAPE MAY, N.J. (AP) — A dog is home after police in a New Jersey shore town posted its mugshot on social media.

Cape May Patrolman Michael LeSage found Bean the pug in a yard on Sunday. He tells The Star-Ledger of Newark he tried to get the dog to hop into his police car, but her legs were too short so he had to lift her.

Police posted a photo of Bean on Facebook with the caption: “This is what happens when you run away from home.” It took a few hours before Bean’s owners tracked her down.

Hadley Hubbard of Baltimore, Maryland, thanked police and posted that Bean was sound asleep after an exciting run.

LeSage posted that Bean paid her bail in cookies.