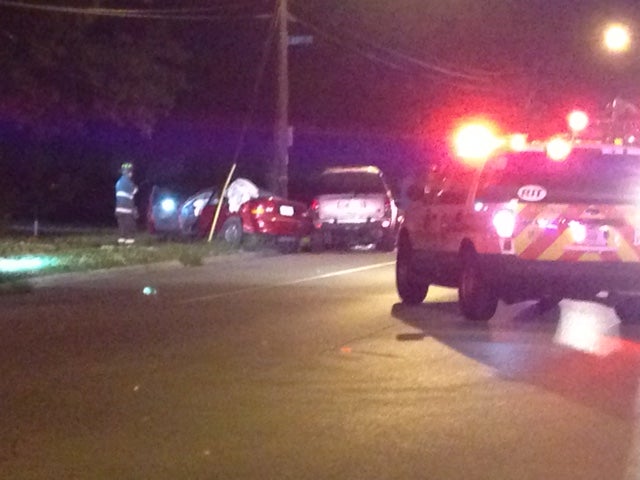 INDIANAPOLIS (WISH) – A crash at 22nd Street and Tibbs Avenue early Thursday was the latest in what police are calling a rash of deadly hit-and-run accidents in Indianapolis.

While the frequency of hit-and-run crashes seemed high at the moment the investigation started, the Indianapolis Metropolitan Police Department said it was on pace to work its yearly average of 8-10 such cases.

The man police accused of leaving his vehicle and the scene behind around 1:15 a.m. had not been apprehended by Thursday evening, but IMPD said its rate of solving hit and runs is high.

“The solvability rate is solid for our investigators because we have outstanding community involvement. Our tips have gone out the roof in terms of people calling the police,” Adams said. “That is a byproduct of the more media attention that we’re getting. We’re also getting more tips.”

Anyone with information regarding the Thursday morning crash on Tibbs Avenue was asked to call Crime Stoppers at (317) 262-TIPS.