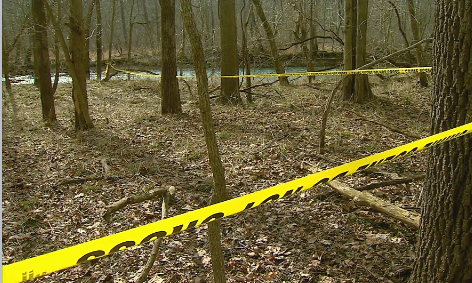 CARROLL COUNTY, Ind. (WISH) — Police have received more than 100 tips since they released two photos of a man near the area where two Carroll County teenagers were found dead, a state police spokesman said Thursday.

None of those tips had led police to the man by Thursday evening. Investigators are hoping to question the man, who they believe was near Deer Creek and the Monon High Bridge Trail around the same time the girls were.

Indiana State Police Sgt. Kim Riley said police were still following some of the tips early Thursday afternoon and had questioned multiple people using more than 30 investigators. They have not identified any suspects in the murders of 14-year-old Libby German and 13-year-old Abby Williams.

“Basically, what we’re trying to do is eliminate those who we know are not the suspect and then create another row where these people could be somebody we need to look at,” Riley said.

Police said a camera captured the photos of a man near Deer Creek between 1 and 3:30 Monday afternoon, about a quarter of a mile from the spot where the girls were found. The girls were dropped off Monday around 1 p.m. near the creek, less than a mile from where the bodies were found, to walk around and hang out.

One Flora, Ind. resident  said he doesn’t know why, but police asked if they could question him Thursday.

He told 24-Hour News 8 he agreed to a cotton swab test and let police search his phone before they let him go.

The man said police asked, “if I was out on the trails and if I knew the two girls.”

He said he was not on the trails Monday afternoon.

“It’s probably more to eliminate him than to make him a suspect,” Sgt. Riley said. “People are doing it cooperatively. I don’t believe we’ve had search warrants or arrests. We’ve just asked people to do this and they’ve been more than willing.”

Ron Logan, who owns the 40-acre property, said he’s lived there for 53 years.

Logan said he was in Lafayette Monday afternoon when the girls were last seen near the Monon High Bridge Trail.

He said he first gave permission for his property to be searched Monday night. He said he drove into town Tuesday and, when he came back, he learned the girls’ bodies were discovered about 50 feet from Deer Creek.

“It’s been violated. Your home being your sanctuary, I don’t feel that way about it anymore,” Logan said. “It’s very concerning.”

Riley said one of the girls posted a picture to Snapchat just after 2 p.m. Monday.

Police are urging people to submit more tips, no matter how insignificant those tips might seem. Investigators are hoping to speak to people who were near the creek Monday afternoon.