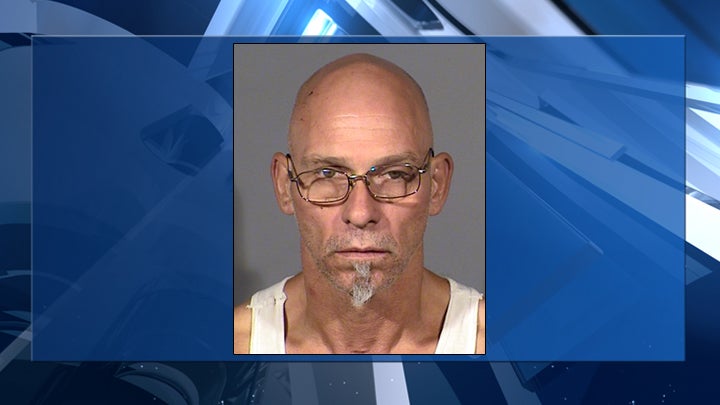 LAS VEGAS (KLAS) — Police arrested a man who is facing multiple charges including attempted murder and sexual assault of an 80-year-old woman.

The arrest was in connection with an incident which happened the day prior at a residence located on the 1400 block of Francis Avenue, near Charleston Boulevard and Maryland Parkway, police said.

KLAS spoke with the victim who said, “I wont feel safe anymore at home.”

The brutal attack against Shevaun left her face and arms badly bruised.

Shevaun said she endured an hour with Rogers, who was naked and ransacking her home.

According to police, Rogers is a registered sex offender.

“I asked him ‘what are you doing here?’ He says ‘I’m going to rape you,'” Shevaun said.

The 80-year-old victim says she tried running away, but the suspect grabbed her, tossed her on a couch and began beating her.

Even as Rogers attacked and attempted to assault her, Shevaun remained calm and tried talking to the suspect.

“He said ‘I’m going to have to kill you’ and I said you don’t have to do that,” Shevaun said.

Shevaun recalls the suspect loading up her pickup truck with some of her personal items, but the truck had a dead battery and just when she thought her attacker was leaving, “I was still sitting on the couch and all of a sudden, he turned around with that gun in his hand and went like that and shot it,” she said demonstrating a pulling the trigger of a gun movement.

The gun was an antique that Shevaun got from her parents. The bullet missed her eyes but went through both her eyelids.

Shevaun says she played dead until the suspect was gone, and that’s when she called the police.

“I didn’t feel scared in this whole time but then afterward I think about it and start feeling scared,” said Shevaun.

A day after the attack, police arrested Rogers near Eastern and Tropicana at a residence he shares with his girlfriend.

Investigators could not say if this was a targeted attack. In the meantime, Shevaun says she’s lucky to be alive.

According to Metro, Rogers has a long criminal history. There were also some concerns about the suspect possibly hanging out at the Huntridge Circle Park just down the road, which is a known place among the homeless.

However, police say they cannot make the connection but admit the park is a problem area.