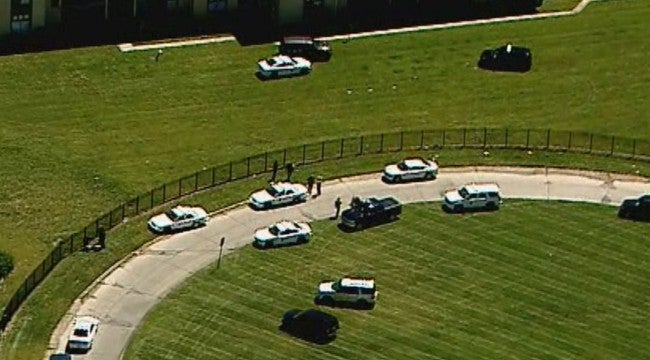 FISHERS, Ind. (WISH) – Police in Fishers are still searching for one suspect after a robbery at a Chase Bank.

Around 1 p.m.Monday, police were called to the Chase Bank at 116th Street and Allisonville Road for a robbery.

According to a bank employee, a male suspect entered the bank and passed a note to the teller demanding money. The teller passed over the money and the suspect fled the scene in a silver Dodge car with a second suspect.

The suspects then led police on a chase. It ended at 46th Street and Allisonville Road.

Police were able to arrest the driver, Mark WIlliams, after he crashed the car. The passenger continued to run. Police are continuing to look for the passenger.

Police say the suspect was wearing a St. Louis Blues hat, a yellow traffic vest, blue athletic shorts and tennis shoes. The suspect is around 5 feet 8 inches tall and is of medium build.