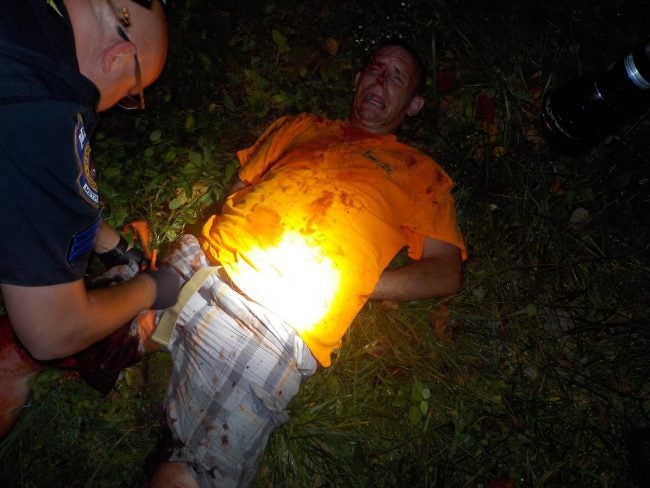 INDIANAPOLIS (WISH) – After responding to an alarm at a business, an Indianapolis Metropolitan Police Department Sergeant ended up likely saving a burglary suspect’s life.

According to a social media post from IMPD, officers responded to a call of an alarm at a business in the 6200 block of South Belmont Avenue around 2:30 a.m. on Sunday.

After arriving on scene, officers noticed a man who took off running across the parking lot after spotting officers. At that point, the burglary suspect climbed and then proceeded to get caught in a barbed wire fence. He fell off the fence and then began to run south into a nearby wooded area.

After searching for the suspect, he was momentarily apprehended. Officers then discovered a large laceration on the suspect’s right leg with significant blood loss.  IMPD Sgt. Kinsey performed life-saving measures, applying a tourniquet to the leg.

Responding emergency medical personnel said that it is likely the sergeant did save the suspect’s life.

The suspect was arrested, and then transported to get medical attention.