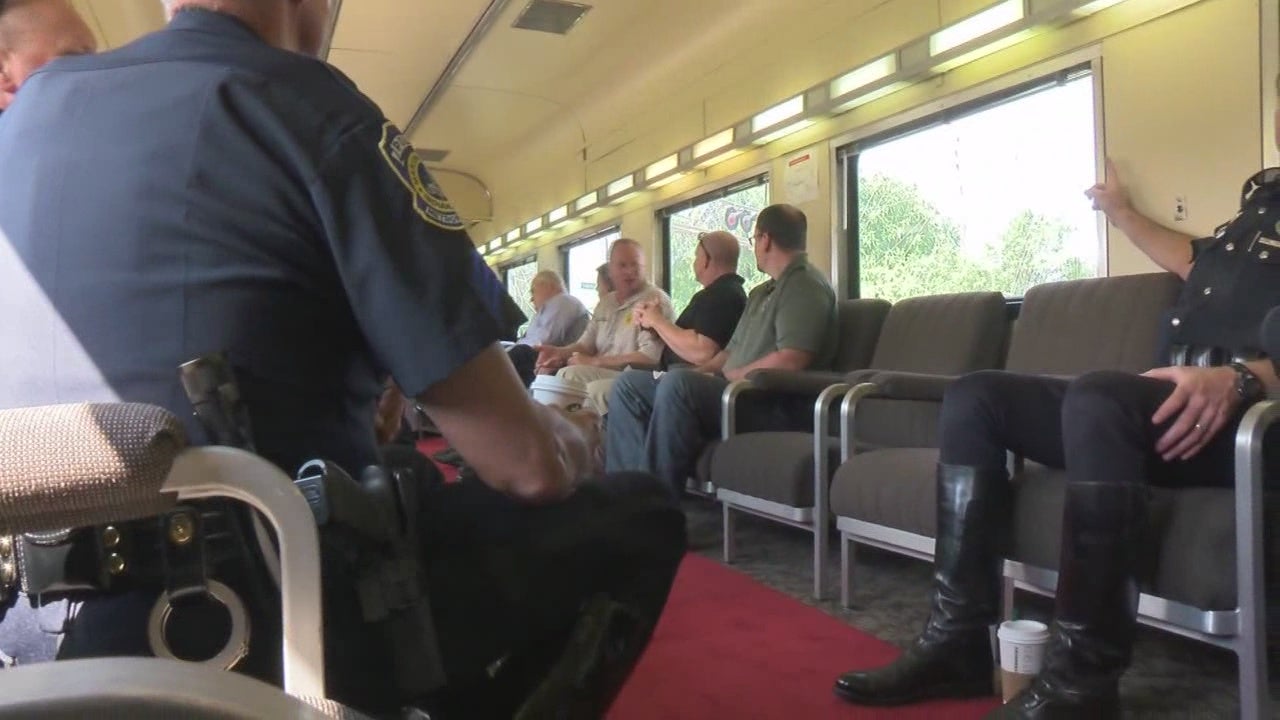 INDIANAPOLIS (WISH) — A train full of law enforcement officials traveled from Indianapolis to Bloomington Wednesday. The goal was to spread awareness and knowledge on railroad safety.

The Indiana Rail Road Company helped organize the ride, which featured a live video view at the train’s course for passengers from Indianapolis Metropolitan Police Department, Indiana State Police and other agencies.

During the ride, multiple people drove in front of the train as it approached the tracks.

“Quite a few,” train engineer John Depaemelare said about the number of vehicles in front of the train. “It’s just another typical day.”

IMPD Sgt. Christian Nielsen said he’ll now be spending more time near railroads. He said he would have pulled over at least one driver he saw on the live view of the trip.

“It’s difficult to express just how important this is,” Sgt. Nielsen said of the event. “I don’t think people understand just how fast these trains are going. Even though they look like they’re traveling slow and they think they can beat it — it’s next to impossible to stop a train.”

Deapaemelare and other engineers have watched people take that chance and lose. He said he’s been at helm for multiple fatal accidents.

“You just hope they get off the track before you get there,” he said. “I can’t really do anything about it. I blow the whistle and ring the bell. At the speed I’m going, I’m not going to be able to stop for them anyway.”

An Indiana Rail Road Company spokesman said one goal of the ride is to prompt officers to cite the drivers or tell them to start obeying the law. He said pedestrians trespassing on railways is also a concern.