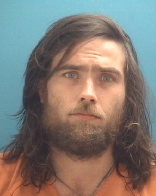 COLUMBUS, Ind. (WISH) – A man is arrested after police say he led officers on a 90-minute pursuit Saturday with his girlfriend and 8-month-old child inside the vehicle.

According to the Columbus Police Department, 28-year-old Kyle Pacek refused to pull over after an officer checked his license plate and found that he had two local warrants for his arrest. He was later arrested for preliminary charges of neglect of a dependent, resisting law enforcement in a vehicle resulting in bodily injury, resisting law enforcement on foot, criminal recklessness and criminal confinement.

Pacek led police on a pursuit out of Columbus into Bartholomew County and into Decatur County and northern Jennings County at 80 mph. He avoided several tire deflation devices placed by officers throughout the pursuit.

The pursuit ended in the 7800 block of South County Road 800 East. Pacek exited the car and fled on foot. He was apprehended by an Indiana State Police Trooper a short time later.

The 8-month-old child was not injured and the passenger declined medical treatment for a minor facial injury.