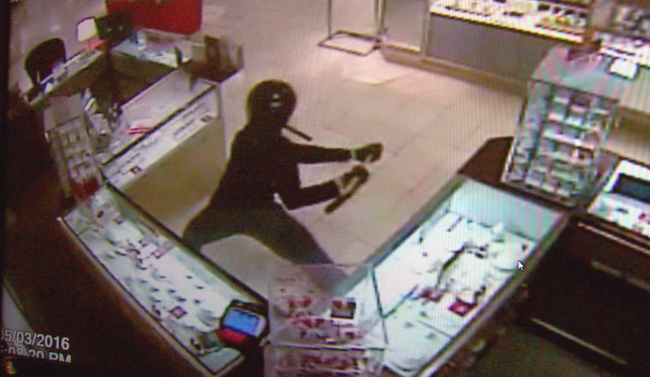 INDIANAPOLIS (WISH) – The Indianapolis Metropolitan Police Department is looking for two suspects in the robbery of the Glendale Mall Macy’s.

According to IMPD, two suspects with masks walked into the store, one carrying an ax, on Tuesday, May 3 around 5 p.m.

Police said the suspect with an ax then swung the ax shattering the glass, and both of the suspects then started taking  jewelry.

The two individuals managed to get away with an undisclosed amount of jewelry.

Police have released surveillance footage of the crime and are now asking for help finding identifying the two on camera.

Anyone with information is asked to contact Crime Stoppers at 317-262-TIPS.