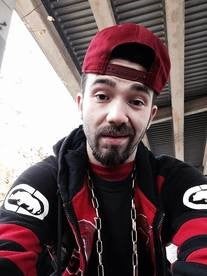 Police in Wabash County are searching for a second suspect in the shooting death of a 22-year-man on home care last week.

Indiana State Police said Monday that Corey A. Kelch was wanted on charges of murder and robbery related to the April 25 death of Jordan Richards. Richards’ body was found inside his home at 123 Clear Creek Drive in La Fontaine.

An autopsy showed Richards died of a gunshot wound.

After the killing, police found several firearms and cash had been stolen from Richards’ home.

Detectives then were granted arrest warrants for 21-year-old Kaleb Marin and Kelch. It’s not clear yet why.

Marin died in two-vehicle crash in southern Wabash County on Sunday. One of the stolen guns was reportedly found inside the car he was riding in, police said.

Authorities said he should be considered armed and dangerous. Anyone who spots him should call police. Residents should not approach him.