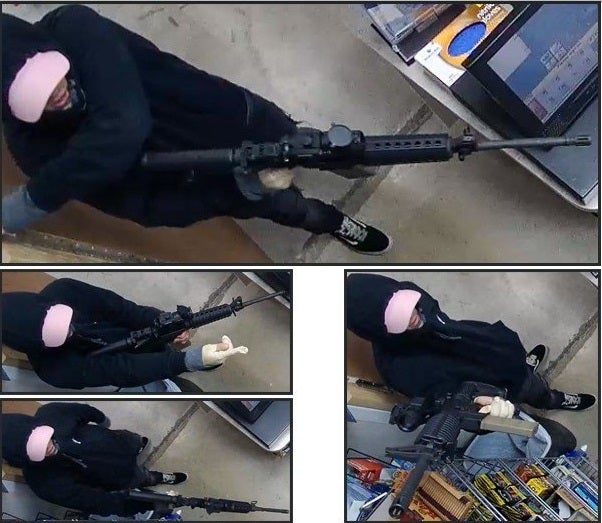 INDIANAPOLIS (WISH) – Police have released images of a suspect in a gas station robbery that involved what police believe was a rifle or a paintball gun.

Police said Thursday that the robbery happened about 12:15 a.m. Friday, June 14, at the Marathon station at the intersection of North Michigan Road and 92nd Street. That’s just south of the I-465 interchange.

The suspect is believed to be a man in his 20s who is 5-feet-6 or 5-7. He wore a baseball cap with a pink bill, a black Nike hoodie, black pants and black and white sneakers.

The suspect entered the station with the “AR style rifle or possible paint-ball gun,” pointed it at the clerk and demanded money from the cash registers, the alert said. After taking money from one register, the suspect fled on foot to the northwest, the same direction from which he had arrived at the station.