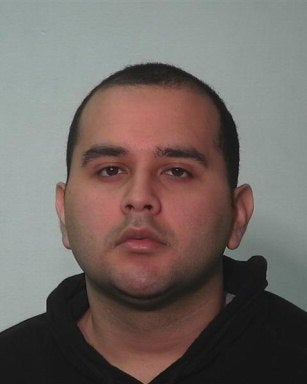 FORT WAYNE, Ind. (WANE) – A Fort Wayne man is facing a felony battery charge after police say he got involved in a fight with his mother.

According to court documents, police went to a home after receiving a call about a family fight on Feb. 11. When officers arrived they found two people with numerous visible injuries.

Eligio Gonzalez, 23, told officers he hit his mom in the face with his fist after the two had gotten into a verbal argument. He told police he then picked up a George Foreman grill and hit her in the head, court documents note.

As the two continued to fight, the mom fell to the floor and Gonzalez continued to hit her. The mom was then able to grab a knife. Court documents state Gonzalez tried to take it away from her and when he saw blood he told officers he “snapped out of it.”

He then walked her into the living room as officers arrived.

The mother was taken to a hospital for treatment and she told officers a similar story of what happened. She was able to yell to her 10-year-old son, who was home sick, to call police.

Gonzalez was charged Tuesday with battery in the presence of a child under 16 years old.